Vietnamese women, for a long time, have been closely attached to the charming Ao Dai. Ao Dai is preferred by various social strata, from the nobles in the royal families to ordinary people in households, from urban to rural citizens. People dress Ao Dai both in daily activities and on special occasions. Ao Dai has long been an honored traditional costume, a pride of Vietnamese women. 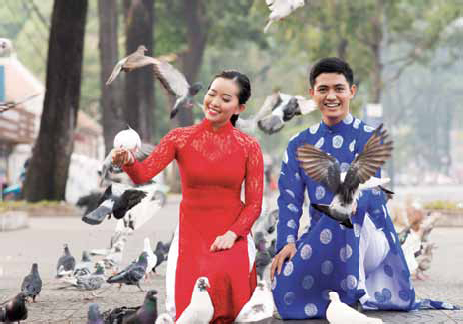 One can not accurately determine the age of Ao Dai. Nevertheless, the image of Vietnamese Ao Dai with two flaps flying in the wind was carved on bronze drums and Dong Son artifacts thousands of years ago.

Giao Lanh dress is considered the original version of Ao Dai. It is similar to the four-part dress, worn with a halter top, a black skirt and a color belt with the two front panels left dangling.

Due to the then rudimentary weaving technique, fiber was woven into small-sized cloth. As a result, Giao Lanh Ao Dai was designed contracted into a four-part dress. The four-part dress had two flaps sewn together in the back while the other two flaps were tied in the front; it was worn with a halter top and a dark skirt. The four-part dress was suitable for rural women who worked all year round.

The Vietnamese Ao Dai took shape and was officially recognized as the national costume under the reign of Lord Nguyen Phuc Khoai (1739-1765). He modified the Ao Dai of Cham people and women wore it with trousers. The costume was prescribed in his decree.

Under the reign of King Gia Long (1802-1819), the four-part dress was modified into a five-part one which was very popular among the nobles and urban population to demonstrate their wealth and social status.

The five-part dress was made in similar way to the four-part dress, except the front right flap being made from one strap and the left one being made from two straps. Since then, Ao Dai has entered a new chapter, revealing many features of the contemporary Ao Dai.

In the early 20th century, Le Mur Ao Dai by Cat Tuong painter made a revolutionary change on the four-part dress, converting it into a two-part dress. The front one was long, stretching down to the ground to enhance the flexibility of the gait. The upper part holds tight to create an exceptional elegance. The row of front buttons is relocated along the shoulder and at the right side as we can see today. 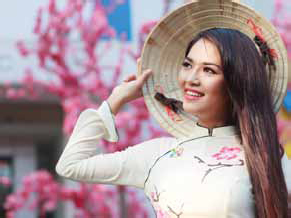 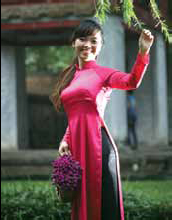 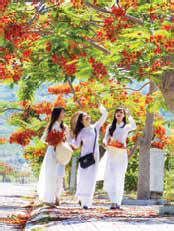 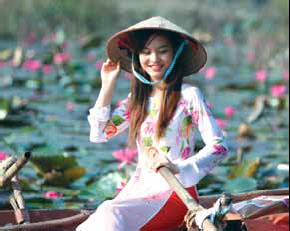 Following Cat Tuong painter, in 1934, Le Pho painter removed some modern features to add some characters adapted from the traditional four-part and five-part dresses, creating a classical dress with long flaps to hold closely to the body. The intersection between the shoulder and the arm does not inflate, with closed collar and a row of buttons on the right. Ao Dai in this period really highlighted the beauty of body and the charm of Vietnamese women: attractive but discreet, delicate but deeply charming.

In 1960, Dung tailor in Sai Gon introduced a new technique, called raglan, to solve the toughest problem in the making of Ao Dai: crumples under the armpit. Thanks to this technique, the cloth is held closely to the body, from the armpit to the waist, making the Vietnamese Ao Dai more aesthetic and perfectly looking.

Since the late 20th century and early 21st century, the Vietnamese Ao Dai has integrated into the world with its presence in many international beauty contests and artistic events. With the graceful and charming Ao Dai - the Vietnamese national costume - Vietnamese beauty has been introduced throughout the world, become widely known among international friends. 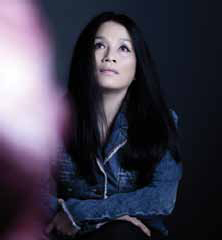 In the Vietnamese and international fashion industry, Minh Hanh designer is referred to as a women who has been passionately devoting to promoting Vietnamese Ao Dai, making the Viet Nam's traditional costume famous around the world. 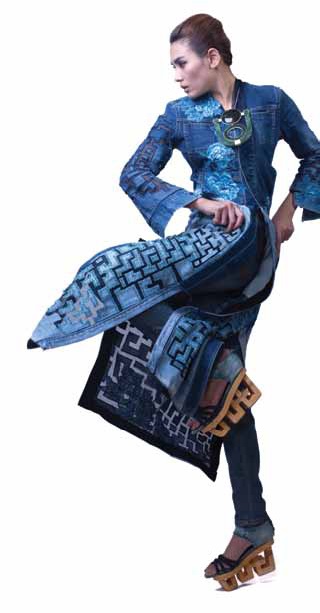 "When I was in 1st grade, I began to be aware of the beauty. I like seeing my mother wearing long dresses. It was in 1960s when she often dressed elegant Ao Dai made of silk with high collar and tight waist. She dressed them regularly when she was on business or went shopping. I was impressed and reminded myself that I must manage to make an Ao Dai for my doll", she said. Special impression in her early childhood nurtured Minh Hanh's passion for Ao Dai. The long dress has been the endless inspiration, an inseparable part of the designer. In her work, Minh Hanh is inspired by the concept of preserving and promoting the national beauty through distinctive fabrics and materials such as brocade, silk and horns... In her designs, these materials are modified in order to both preserve their unique identities and follow the modern fashion trends of the world.

The first landmark of Minh Hanh's success is associated with the traditional Ao Dai. She won a prize at Makuhari Grand Prix in Japan in 1997. After that, she became the first designer to have the honor to introduce her 100 designs of Ao Dai at a fashion show in Kiyomizu Dera Temple, Japan.

Since then, Minh Hanh's path to introduce the Vietnamese Ao Dai to the world has been widened. Her collections have been seen more frequently on international catwalks in Rome (Italy) and Paris (France)... Many of foreign visitors, attending Hue Festivals which are held once every two years, have been expressing their admiration for Minh Hanh's collections. 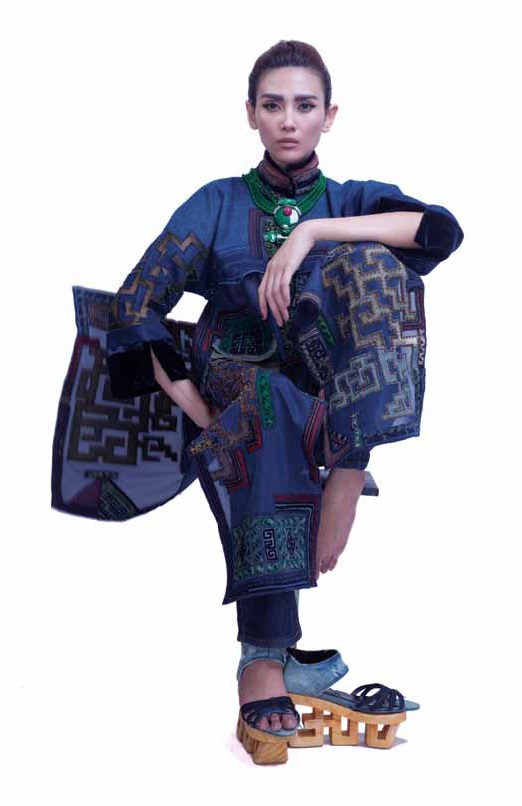 In order to appreciate Minh Hanh's devotion to the Vietnamese and international fashion industry, the title "Knight of Art and Literature" was conferred on her in 2006. Minh Hanh's costume designs are widely displayed at many countries, including the U.S. and France.

The successful introduction of Vietnamese Ao Dai and Minh Hanh's devotion to her career have transferred passion to young designers, including those taking Ao Dai design as their careers like Vo Viet Chung, Lan Huong, Viet Hung, Cong Tri and Cong Khanh... Each designer has creatively developed his own style of Ao Dai, bringing about inspirations to the next generations.

With her continual efforts, Minh Hanh has made a significant contribution to introducing Vietnamese culture to the world in the language of fashion. More than just a costume, Minh Hanh wishes to advertise to the world the graceful beauty of Viet Nam through Ao Dai.

After more than 20 years, Minh Hanh's inspiration derived from Ao Dai is not faded at all. It becomes even more fervent when being fueled by the love and passion of international friends given to Ao Dai. At Vietmode Company where Minh Hanh works as an innovation director, new ideas have been fostered in the path of looking for the beauty, honoring the Vietnamese Ao Dai.

The World Bank In Vietnam

Ethnic people's annual ritual is a feast for the gods

A workshop was held in the northern city of Hai Phong on December 12 to discuss...

Reading has become an uninteresting activity for most Vietnamese youth; relevant...

Ibaraki prefecture of Japan recently said that it wants to expand cooperation with...

The term “human rights” was mentioned seven times in the UN's founding Charter,...

Vietnam is among the countries with the highest human development index (HDI) (0.63)...