A get-together and exhibition on Agent Orange (AO)/dioxin victims in Viet Nam has been held in Brussels, Belgium by the Belgium-Viet Nam Association (ABV). 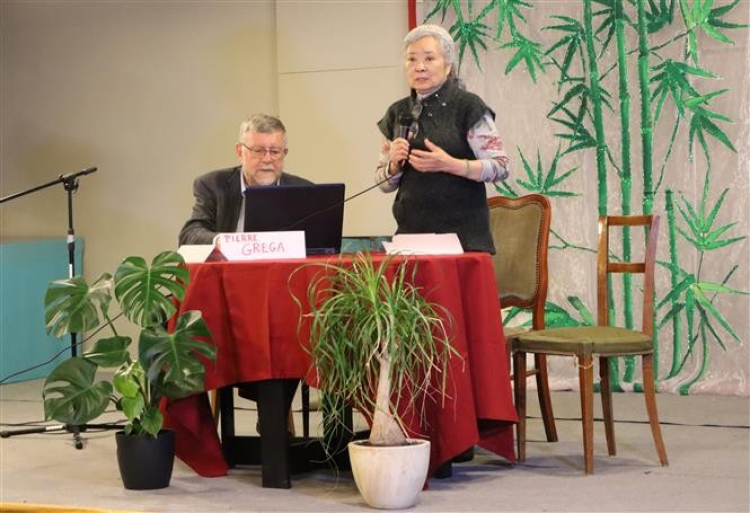 Tran To Nga, a Vietnamese French woman and an AO victim, speaks at the event. (Photo: VNA)

The October 15 event was attended by Tran To Nga, a Vietnamese French woman and an AO victim, who lodged a lawsuit against US firms that had manufactured the toxic AO defoliant used by the US military during the war in Viet Nam.

A documentary featuring the life of Vietnamese in intoxicated areas was screened at the event.

The ABV has worked to help ease difficulties of AO/dioxin victims and continue to support Nga, said its President Pierre Grega.

The association has also presented scholarships to Vietnamese children who suffer from AO-related illnesses.

The Vietnam Association for Victims of AO/dioxin (VAVA) and a number of Vietnamese Agent Orange/Dioxin victims filed a lawsuit to the US Federal District Court in Brooklyn, New York against 37 US chemical companies that had produced and supplied chemicals to the US military for its use in the war in Viet Nam, demanding for justice. However, it was refused by the court.

Following the lawsuit, in 2015, Nga lodged a lawsuit against 26 US firms that had manufactured the toxic AO defoliant used by the US military during the war in Viet Nam.

The Crown Court of Evry then rejected the lawsuit due to lack of authority to handle a case related to actions of the US Government during the war. However, Nga affirmed that she will continue to pursue the lawsuit.

Over the past years, Vietnam has undertaken various efforts in providing assistance...