The event drew the participation of over 200 local leaders and deacons from Cao Dai sects and Vietnam Pure Land Buddhist Association in Binh Duong province. 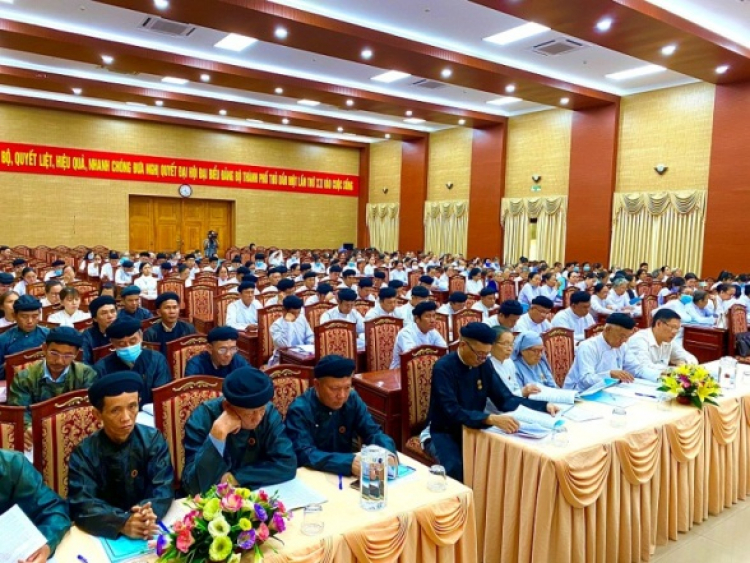 Recently, Binh Duong provincial Committee for Religious Affairs held a conference for guiding the implementation of the Law on Belief and Religion and its guiding Decree No.162.

During the conference, Chairman of the provincial religious committee Tran Duc Thinh presented contents of the Law on Belief and Religion and Decree 162, and provided interpretations and guidance for several issues prescribed in the Law and Decree.

Earlier, authorities of U Minh district in Ca Mau province held on December a training conference on religious affairs for local officials in the district.

Attending the conference were 150 key personnel tasked with the religious affairs from concerning district offices and commune – level authorities in the locality.

The one-day event covered state policies and laws on religion & belief including the Party's Resolution 25-NQ/TW on religious affairs, the Law on Religion and Belief 2016 and its guiding Decree 162.

The training also provided explanation and solutions for difficulties and issues relating the state management on belief and religion in the locality, especially administrative regulations and procedures in the field of belief and religion. 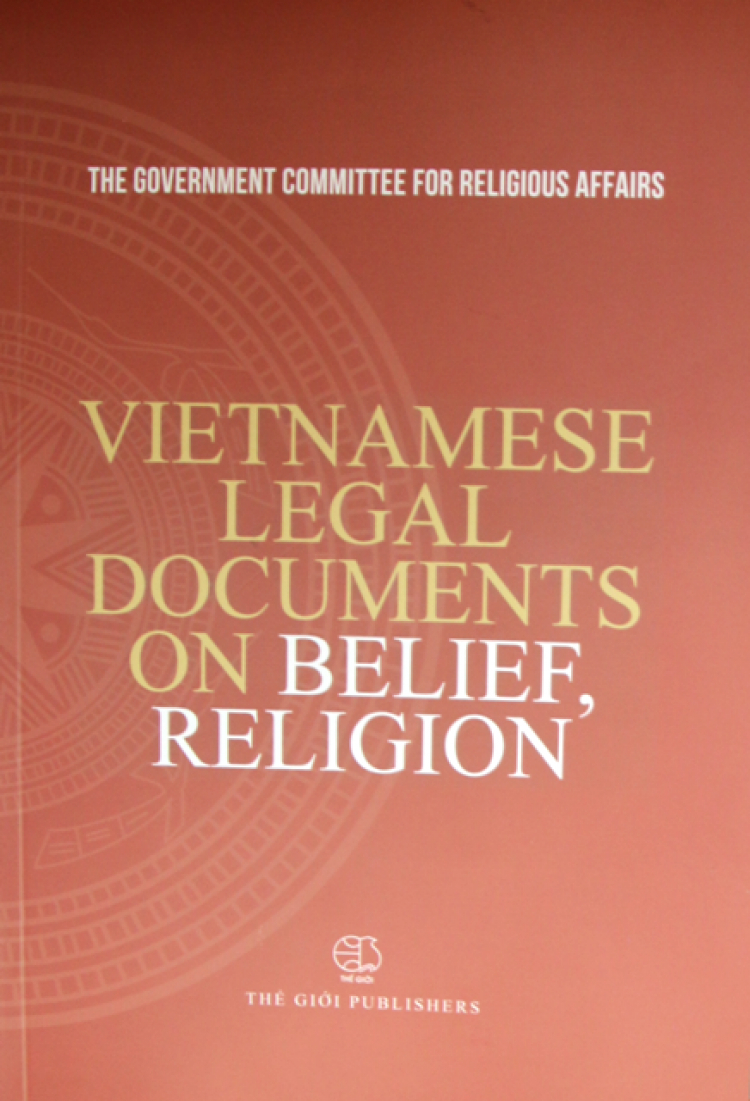 To satisfy the foreigners’ need to research and learn about the above-mentioned Law and Decree, the Government Committee for Religious Affairs (GCRA) has these new legal documents translated into English in the book published by The Gioi Publishers entitled “Vietnamese legal documents on belief, religion”.

The Law on Belief and Religion was passed on November 18, 2016 at the second session of the National Assembly (14th tenure) and has come into effect since January 1, 2018. To detail the articles and paragraphs specified in the Law, and concurrently work out enforcement measures to ensure that the belief-related, religious activities shall be actualized, the Government of Vietnam has issued Decree No. 162/2017/ND-CP dated December 30, 2017, detailing some articles and measures for enforcement of the Law on belief, religion.

This law has been bettering citizens’ freedom of religion and belief  while institutionalizing articles of the 2013 Constitution and international conventions on human rights in which Vietnam has become a signatory. The law has overcome the shortcomings of, and inherited and developed the 2014 Ordinance on Belief and Religion.

However, since the law came into effect, some people has made use of the freedom of  religion to distort the aims, meanings and content of the law, causing panic among people, especially the religious ones. They incited demonstrations and riots which disturbed people’s peaceful life  in some localities.

Therefore, strengthening the propagation and dissemination of the Law on Belief and Religion is both an urgent and long term task which should  be implemented synchronously  by means of various measures and the involvement of all echelons, branches and forces.