On September 28 and 29, more than 2,000 community members and vocational training students participated in four Community Dialogues on Safe Migration and Human Trafficking Prevention in Yen Thanh and Dien Chau dictricts hosted by the International Organization for Migration (IOM) and Women’s Union of Nghe An. 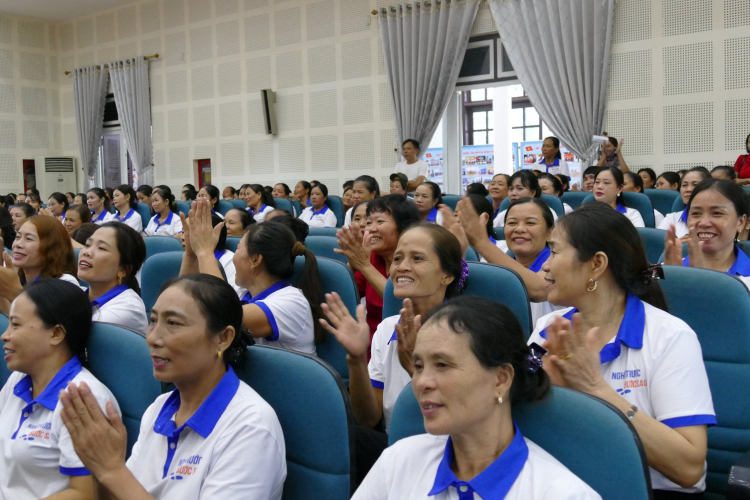 The events were audience-centered, creating a two-way dialogue and increasing interaction through game shows, dialogues with the Police, Department of Justice, Department of Labor – Invalids and Social Affairs. Safe migration messages have been conveyed effectively through theater performances with Nghe An’s folk singing. 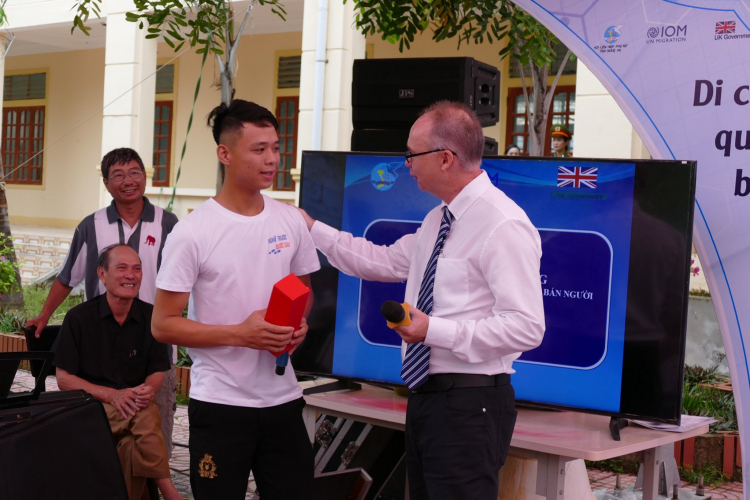 Key topics included safe and irregular migration, how to decide to migrate and what to prepare for, and how to stay safe. Enthusiastic participation also prompted questions on visa policies and immigration. Source: IOM Vietnam

Modern slavery is the umbrella term, often used to describe various forms of exploitative and abusive practices. It includes a set of specific legal concepts, such as forced labour, debt bondage, forced marriage, slavery and slavery-like practices, and human trafficking.

Vietnamese are falling victim to global human trafficking crime, with the UK being one of the arrival destinations. From 2009 to 2019, 3336 Vietnamese migrants were referred to the UK National Referral Mechanism with 20% identified as victims of modern slavery. In 2019, Vietnamese ranked as the third highest nationality of potential victims of modern slavery in the UK with 887 referrals, according to the UK Home Office.

The Tackling Modern Slavery in Vietnam (TMSV) project is an interagency partnership initiative between World Vision Vietnam, the International Organization for Immigration (IOM), and British Council in Vietnam with Vietnamese Government and local actors to change behaviours and promote alternative livelihood opportunities, strengthen access to the local justice system and victim services to maximize the impact of collective action in reducing vulnerabilities to modern slavery. This project is supported and funded by the UK Home Office.

The project is being implemented in 5 provinces of Viet Nam: Quang Ninh, Hai Phong, Nghe An, Ha Tinh and Quang Binh.