The Internet and mobile phone have created a revolution and changed the way young people access information. However, online abuse is a real risk to young girls and boys. 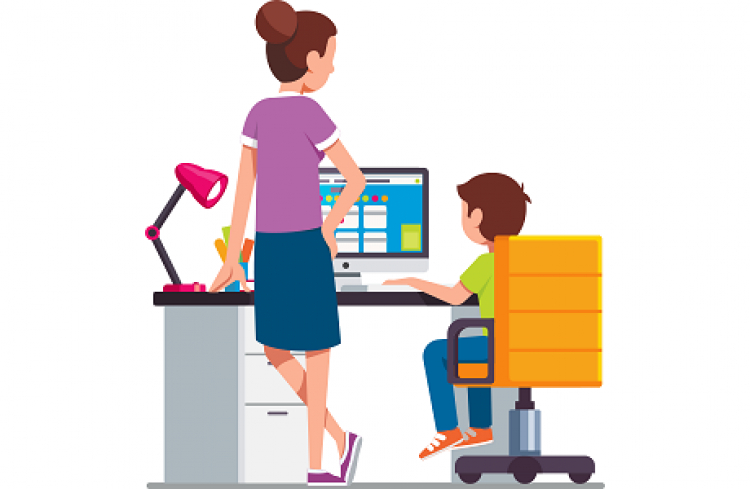 At the latest National Assembly’s Q&A session on November 9, Minister of Information and Communications Nguyen Manh Hung said that the Prime Minister had assigned the ministry to preside over the compilation of a project to protect and support children’s safe interaction and creativity in the online environment in the period 2020-2025.

This project provides basic solutions to deal with online risks and ensure children fully benefit from the advantages brought about by the Internet and mobile phones such as establishing an agency in charge of receiving feedback on child abuse content, application of artificial intelligence technology, and analyzing big data to detect early, proactively select and remove child abuse content in the internet environment.

This project also aims to equip children with basic digital skills, including education on awareness about the network environment and skills so that children can protect themselves and identify the risks in the cyber environment.

"This project has been submitted to the Prime Minister and will be signed in 2020," Minister Hung said.

Internet access has been beneficial for kids, but at the same time, implies numerous risks.

Vietnam now has about 64 million Internet users, accounting for 66% of its population, among the highest rates of Internet penetration in the world. Of the figure, one third are at the age of 15 to 24.

It is increasingly important for people to know how to avoid being exploited over the internet. Nguyen Quang Dong, Director of the Institute for Policy Research and Communication Development, told Tuoi tre (Youth) newspaper that the issue is rooted in the weak awareness and poor digital security skills of internet users, including children.

“Using the internet and smartphones in Vietnam is like sitting on a big vehicle on a highway but without knowing safe driving skills. Without safe driving skills, even if the road is nice and good, an accident can happen easily,” said Dong.

“Our digital security skills education is very limited,” he said.

A deeper-rooted problem is that education has not been updated on technology trends, leading to a lack of training on digital security.

Teaching content is often lacking vividness and is rigid, so it is difficult to win children’s attention, he said.

Besides, in family education, parents can easily provide computers and smartphones for their children, but they do not have enough knowledge and skills to guide and supervise them on safe use.

“Safeguarding in digital environments is a big challenge,” said Dong.

From the State's perspective, there are two jobs that are most important. The first is that educational programmes for citizens must feature not only computer knowledge but also digital skills.

Schools must have a digital skills subject instead of today's computer science. In this subject, students would not only learn programming, how to create files, software and word processing, but also how to behave on social networks.

Dong said this subject must be educated early because preschoolers also have exposure to digital devices.

Children protection, an important part of code of conduct on social networks

The Vietnamese Embassy in Cambodia on April 24 called on Vietnamese people in the...

Blaming the victim helps us maintain a positive view of the world. It reinforces...

Three non-governmental organizations in Vietnam have been working together to help...