Vietnam is a country of many beliefs and religions, but there is no religious conflict. People of all religions actively contribute for economic, cultural and social development of the country thank to the consistent policy of the Party and State in ensuring the right to freedom of belief and religion for all. 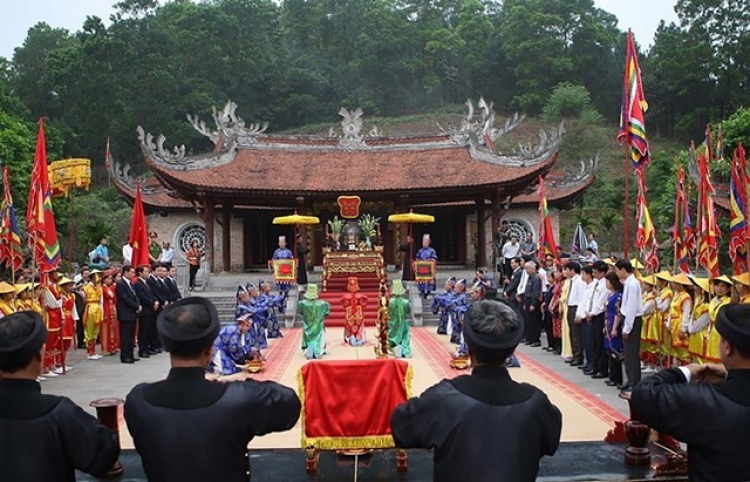 The ritual ceremony at the Temple of Duc Quoc To Lac Long Quan in the Special National Historic Site of Hung Temple, Phu Tho province. (Photo: VNA)

The right to freedom of belief and religion is one of the basic human rights, as well as in the laws of many countries. Paragraph 3, Article 1 of the 1945 UN Charter states: “To achieve international cooperation in solving international problems of an economic, social, cultural, or humanitarian character, and in promoting and encouraging respect for human rights and for fundamental freedoms for all without distinction as to race, sex, language, or religion”.

The Universal Declaration of Human Rights and the 1966 International Covenant on Civil and Political Rights have concretized the content of the right to freedom of belief and religion.

With the reality of the vibrant religious and belief life in Vietnam and the provisions in the 2013 Constitution on everyone's right to freedom of belief and religion, the 2016 Law on Belief and Religion which was adopted and took effect on January 1, 2018, is the clearest proof of the consistent views of the Party and State of Vietnam on the issue of belief and religion.

During the entire process of leading the Vietnamese revolution, the Party and State of Vietnam always respected and created favorable conditions for people to exercise their right to freedom of belief and religion; ensure equality among religions, promote good cultural and moral values ​​and resources of religion for the development of the country.

Most recently, in the document of the 13th National Congress of the Party, the role and importance of religion in the construction of socialism in Vietnam continued to be affirmed: "Promoting the cultural values, good ethics and resources of religions for the cause of national development”. These are important orientations in ensuring freedom of belief and religion in the coming time.

Vietnam is a country with many beliefs and religions. Regarding beliefs, Vietnam is characterized with the peculiarities of a wet rice civilization. At the same time, as people simultaneously and continuously fought against foreign invaders and natural disasters, there are hundreds of types of folk beliefs formed during the process of national defense and development. These folk beliefs can be mentioned as the worship of ancestors, worship of God Mothers, beliefs of national heroes and celebrities, worship of Village Lords, etc. So it is not difficult to understand that 95 % of Vietnamese people have faith or belief.

Everyone's right to freedom of belief and religion is reflected in the fact that people are free to practice their beliefs, voluntarily following or not following any religion. According to the 2019 Census, there are 13,162,879 religious followers nationwide (accounting for 13.68% of the population), with 16 recognized religions, including Buddhism, Catholicism, Protestantism, Cao Dai, Hoa Hao Buddhism, Islam... 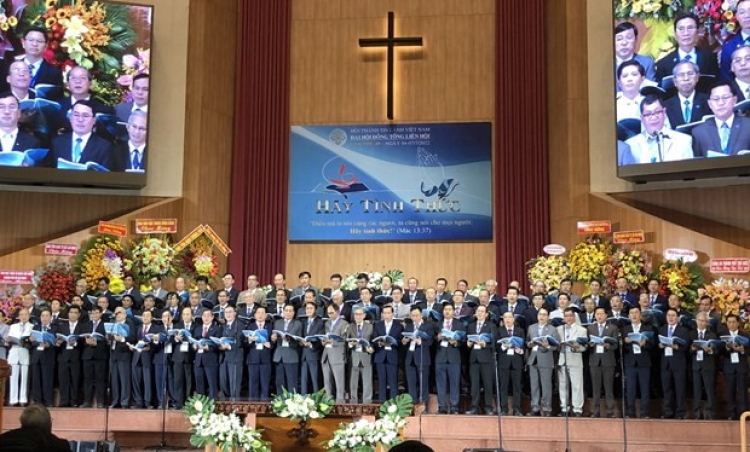 According to the Government's Committee for Religious Affairs, by 2020, Vietnam has 43 organizations of 16 religions recognized and granted registration by the State, an increase from 28 organizations of 10 religions before the implementation the Ordinance on Belief and Religion.

In addition to training at elementary, intermediate and bachelor levels of religions, some institutions also have master and doctoral programs, as Vietnam Buddhist Academy in Ho Chi Minh City has recruited and trained 5 Master courses and 3 Doctoral courses in Buddhism. Vietnam Buddhist Academy in Hanoi has trained 1 Master course. 14 Catholic Seminaries annually train hundreds of seminarians for Catholic pastoral activities...

In addition, the local authorities across Vietnam also create conditions for religious organizations to open training courses, teaching theology and catechesis for more than 10,000 people each year.

Firstly, strengthen measures to raise awareness for cadres, civil servants, party members and people on religious issues, the role and importance of religions in the development of the country today, such as training sessions on religious work, communication on mass media, especially using the Internet to spread relevant information.

The communication content emphasizes the new awareness of the Party and State of Vietnam on the issue of religion and policies towards religion, especially the thorough grasp of the content of the document of the 13th National Party Congress on the issue of religion. To mobilize religious resources for the cause of national development, promoting positive and humane factors in religions and beliefs; cultural values, good morals of religion, contribute to preserving and improving the traditional morality of society, building cultural life, preventing social evils, criticizing and erasing negative, superstitious activities.

State management agencies in charge of religious affairs at all levels need to grasp the Party's new perceptions of religion, concretizing policies to bring laws related to religion into life; promptly identify conspiracies and take measures to prevent activities of hostile and reactionary forces taking advantage of freedom of beliefs and religions.

At the same time, to promote and coordinate closely and synchronously among organizations in the political system to improve the efficiency of state management on issues relating to beliefs and religions.

Third, step by step, improve the legal system on belief and religion. As for the central agencies, with the functions and tasks regulated by law, it is necessary to continue to improve skills and qualifications of making legal documents. It is necessary to have unified interpretation of terms in the law for convenient application throughout the country; amending a number of laws that are not very reasonable when applied to different religions; supplementing legal regulations to adjust newly arising issues...

On the part of local agencies, it is necessary to thoroughly grasp and strictly implement the regulations of central agencies on belief and religion and state management on issues relating to belief and religion; concretize legal documents under the guiding views of the Party committees and authorities on the principle of consistency and synchronization at all levels.

Fourth, be active in preventing, detecting, stopping and resolutely fighting and refuting propaganda statements that distort the religious situation in Vietnam, causing division of the great national unity, inciting the disorder under the pretext of "religious freedom".

In these activities, special attention should be given to proactively grasping the situation in order to detect and promptly handle situations related to religious issues in a harmonious manner, not to be passive to hotspots concerning religious issues. Building a clean and strong grassroots political system, capturing the thoughts and aspirations of religious people, especially in places with signs of instability, giving timely advice and offering solutions, suitable and effective handling.

In addition, it is necessary to promptly meet legitimate religious aspirations in order to enlist support, maximize positive impacts and limit negative effects, resolutely fight and handle negative acts of taking advantage of freedom of beliefs and religions to divide the great unity and sabotage the revolutionary cause of the whole nation.

Vietnamese-French woman Tran To Nga affirmed she will continue her lawsuit against...

Most ethnic minority mothers and their family members are not fully aware of the...

Legislators adopted the revised Law on Domestic Violence and Control with 465 out...