Nguyen Thi Hong, 52, was the only candidate nominated for the post and has worked at the State Bank of Vietnam (SBV) since 1991, becoming its deputy governor in 2014. 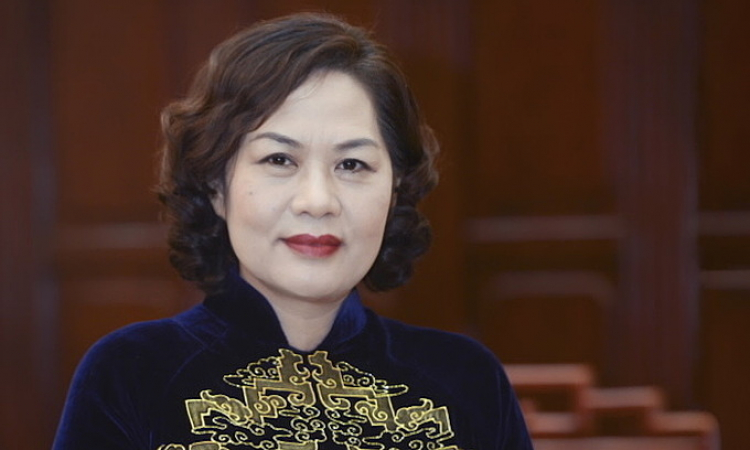 Hanoian Nguyen Thi Hong, 52, holds a Masters degree in Developmental Economics, and has worked for 30 years in banking. Photo  courtesy of SBV.

According to VnExpress, Vietnam's National Assembly on November 12 ratified the appointment of Nguyen Thi Hong as new governor of the country's central bank with the approval rate of 97.08%.

With 467/481 votes, Ms Hong is selected as the first female Central bank governor in its seven-decade history.

Ms. Hong is the only female member of the incumbent 26-member cabinet.

Born in Hanoi, Hong started working at the SBV in January 1991 at the Foreign Exchange Management Department. She then transferred to the banks’ Monetary Policy Department and took on the role of deputy director, and later, the director.

In August 2014, the Prime Minister appointed her the central bank’s Deputy Governor, and she was reappointed to the post in August 2019.

Duong said the SBV would continue to focus on maintaining macro stability, adding that it has sufficient room to adjust its monetary policies in a flexible manner to steer the economy through the coronavirus pandemic.

"The foreign exchange reserves are at a record high and the central bank has ample room to adjust its policy rates," Duong said.

In 2019, she was honored by Forbes Vietnam as one of the 50 most influential women in Vietnam.