Over the past 12 years, the rate of HIV infection in the community has been controlled at less than 0.3%, , a Vietnam's health official has said. 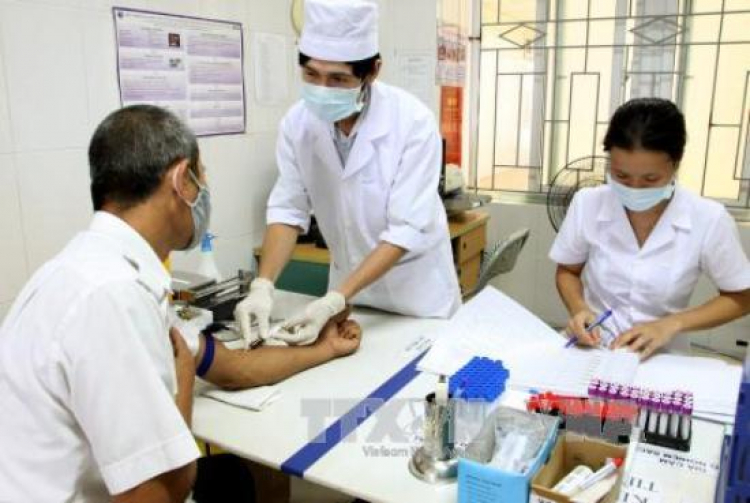 Acting Minister of Health Nguyen Thanh Long made the statement, citing data from a report on the Law on amendments and supplements to articles of the Law on HIV/AIDS Prevention and Control.

Vietnam is currently among the top four countries in terms of the best quality HIV/AIDS treatment in the world, along with the UK, Germany, and Switzerland, he stressed.

On average, the country provides HIV test for more than 700,000 high-risk people annually, with between 8,000 to 10,000 infected people detected through this process. At present, the nation offers regular treatment for 150,000  HIV/AIDS infected people by using ARV drugs.

The country has kept the HIV infection rate in the community to below 0.3%.

"According to estimates by the Joint United Nations Program on HIV and AIDS (UNAIDS), Vietnam has provisioned for about 400,000 people who are not infected with HIV and 150,000 people do not die from HIV/AIDS," Acting Minister Long said.

Despite many positive achievements in prevention and control, more improvements can be done, Long said. For example, regulations regarding people gaining access to information about HIV-infected people is lacking, therefore not creating a sufficient basis for supervision and treatment support that remains inconsistent with other laws.

As a result, the new bill proposes that HIV-infected people have an obligation to report positive test results to their spouses, sexual partners, and people they plan to marry, he noted.

According to the Standing Committee of the National Assembly (NA), the addition of a number of subjects who have access to information relating to HIV-infected people ensures the implementation of state management in prevention work falls in line with the current situation and interests of infected people.

The NA Standing Committee notes that this policy could affect the right to confidentiality of information for infected individuals. Therefore, policy adjustment needs to harmonise and ensure that the legitimate rights of patients are protected in accordance with international recommendations.

The Vietnamese legislative body is therefore set to vote on approving the Law on amendments and supplements to a number of articles of the Law on HIV/AIDS Prevention and Control on November 16.