According information released in PeaceTrees Vietnam’s fanpage on August 9, in the first phase of the project "Detect and clear cluster munitions and other explosives in Quang Binh province", the project cleared 1,543,680 square meters. 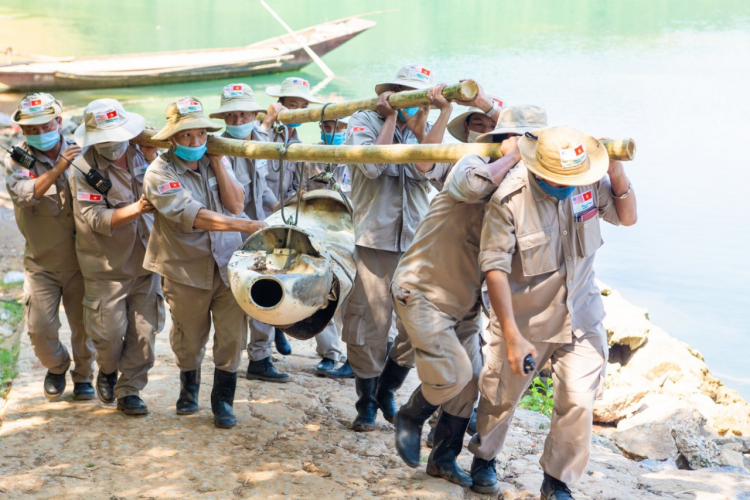 In phase I, the project cleared 1,543,680 square meters from confirmed hazardous areas and socio-economic and community development project sites, achieving 154% of the target.

Through that, the project removed the threats of 3,444 unexploded ordnances, release safe land for local people and contribute to reducing the risks of explosive ordnance accidents.

Considered as a primary means of proactive preventing the EO accidents among the population, especially children at the EO-affected/cluster munition contaminated communities, PeaceTrees Vietnam continues to deliver EORE interventions at schools in the upcoming period in addition to cluster munition clearance at the confirmed hazardous areas and explosive ordnance disposal spot tasks there. 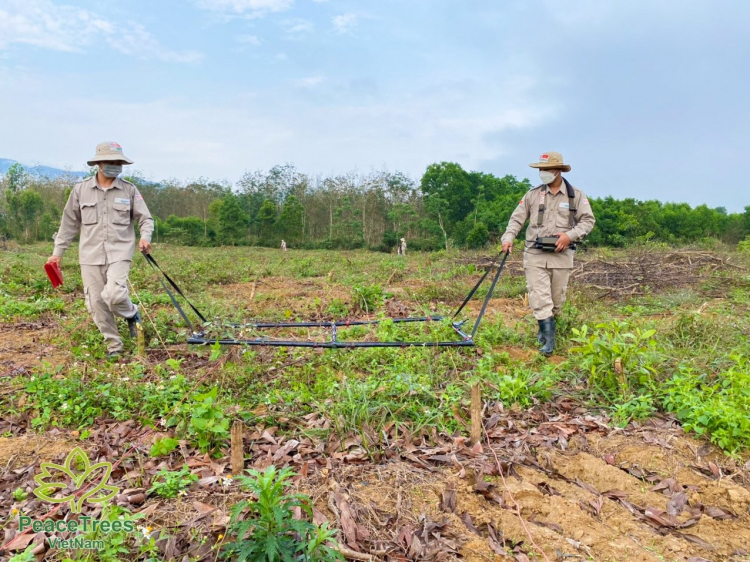 The PeaceTrees Vietnam Quang Binh project started in May 15 , 2020. Over the past time, the project has grown strongly in terms of scale, equipment and quality of human resources.

With the funding of the US Government, the strong cooperation and support from the authorities, partners from the central to local levels, with the capacity and dedication of all PeaceTrees Vietnam’s staff, the project will continue to make contributions to bring safety to people and promote local socio-economic development opportunities.

The Quang Binh project is implemented under the Consortium formed by Mines Advisory Group, PeaceTrees Vietnam and Norwegian People's Aid Vietnam, in the joined effort to addressing the issue of unexploded ordnance (UXO) contamination in Quang Binh province. 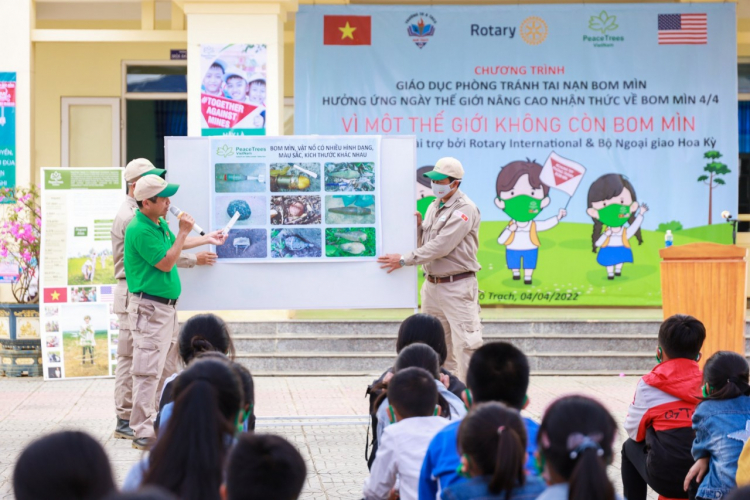 Through EO risk-focused presentation made by a PeaceTrees Vietnam technical staff, experience-sharing section delivered by a local UXO-accident survivor and especially interesting child-specific knowledge game, students had a change to learn about Explosive Ordnance and how to prevent EO accident. Source: PeaceTrees Vietnam

The project, funded with USD 5.5 million by US Department of State, aim to maximize the combined value of multiple donor contributions and operational capacity to support mine action coordination in Quang Binh, determine the level of cluster munition contamination in the province, and clear high priority areas to improve community safety and support economic development.

Together, they aim to release 3,240 acres of land back for productive use to the residents of Quang Binh. It is estimated that the consortium will respond to 3,042 Explosive Ordnance Disposal spot tasks reported through a hotline number, which will benefit about 8,167 people.

456 lifesaving risk education session will also be delivered to more than 8,000 people to support them to live safely and prevent accidents.

Quang Binh is a region which was heavily bombed during the war in Vietnam — and is still known to be among the most contaminated provinces.

According to statistics released in 2009 by the Defence Ministry’s Technology Centre for Bomb and Mine Disposal and the Vietnam Veterans of America Foundation, nearly 225,000ha of land across all communes, wards and townships in Quang Binh was contaminated with UXO, accounting for 27.9% of the province’s area.

In particular, UXO polluted 96.9% of residential land, 95% of agricultural land, and 84.3% of land under perennial trees.

The Viet Nam General Confederation of Labour (VGCL) has proposed an eight-month...

The newly-revised law adds a number of groups with high-risk behaviour to those...