Minister expresses gratitude to mother of a multi-organ donor

This is the first time the National Co-ordination Centre for Human Organ Transplantation have received a multi-organ donation from Ba Ria- Vung Tau province and transported the organs to all three regions of the country for patients with severe organ failure. 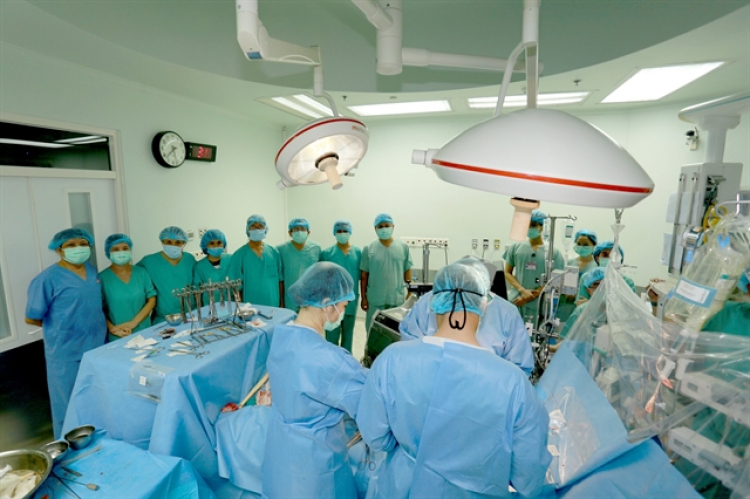 Doctors conduct a heart transplant for a patient in Hue Central Hospital after receiving the heart of Mai's son. Photo suckhoedoisong.vn

Minister of Health Nguyen Thanh Long has expressed his gratitude to Pham Thi Mai, who decided to donate her son’s organs to save the lives of three people, reported VNS.

Mai’s son, 30, of Vung Tau City, the southern province of Ba Ria-Vung Tau recently suffered a serious injuries due to a traffic accident.

Long, on behalf of the ministry, said the donation was a meaningful thing, prolonging the lives of the patients, who were very close to the death and contributing to the development of medicine and improving skills for Vietnamese doctors.

Long then ordered the ministry to reward the medal "For the people's health" to the organ donor.

“Responsibility and professionalism of all relevant parties and individuals has ensured the successful organ transplants in the golden hours,” he said.

International Day for the Elimination of Sexual Violence in Conflict, 19 June

Vietnamese Ambassador to Ukraine Nguyen Hong Thach on June 21 had a working session...