The Party and State have given priority to allocating resources to support education, health care, infrastructure and socio-economic development for ethnic and mountainous regions. As a result, 99 percent of communal centres and 80 percent of villages have accessed to electricity, said Prime Minister Nguyen Xuan Phuc. 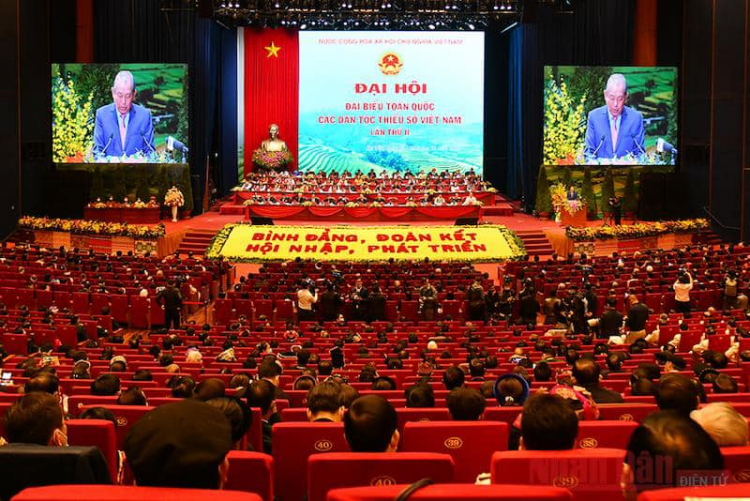 With its meaningful theme “Under the glorious flag of the Communist Party of Vietnam, ethnic minorities are equal, solidarized, mutual respected as well as supported each other to promote internal strength to rise up with the country”, this time Congress saw the participation of some 1,592 official delegates representing for 54 ethnic groups in Vietnam. Source: NDO

PM Phuc has lauded ethnic minority groups nationwide for their contributions to the national construction and defence over the past years, while addressing the opening of the second National Congress of Vietnamese Ethnic Minorities in Hanoi on December 4, reported VNA.

He described the Congress as an event of socio-political significance and a special symbol of great national unity.

According to him, the Party and State have given priority to allocating resources to support education, health care, infrastructure and socio-economic development for ethnic and mountainous regions, accounting for 71.4 percent of the expenditure for the work. The Vietnam Bank for Social Policies’ loans for the region account for 52.5 percent of the the country’s total.

Political security and social safety and order in the region have been maintained, Party building work pushed up, political system consolidated, and ethnic minorities’ trust in the Party and State strengthened, he said, adding that their material and spiritual lives have never been better than now. 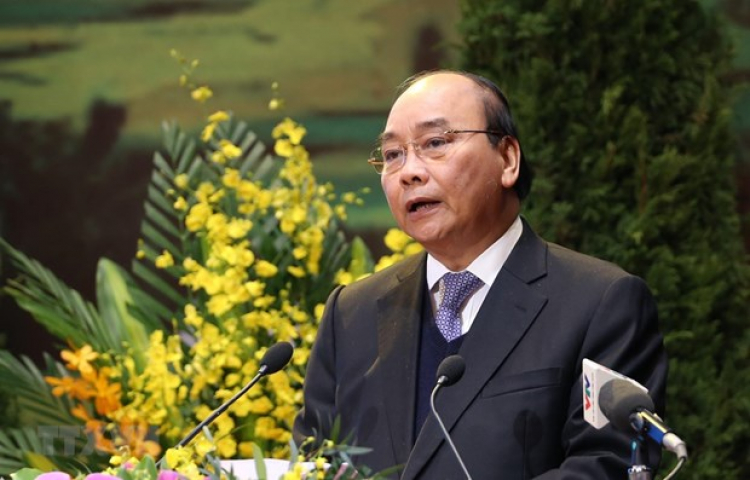 The PM also pointed out shortcomings in ethnic work, such as infrastructure in ethnic minorities region failing to meet requirements and several projects yet to bring about socio-economic efficiency as expected. Those in the northwest, Central Highlands, southwest and the west of the coastal central regions saw slow progress.

The rate of poor and near-poor households remain high while the income gap is increasingly widened. Labour skills of ethnic minorities remain limited, making it hard for them to find suitable jobs.

Unorganised migration, drug trafficking, security and order in border areas remain complicated. At the same time, cultural identity of ethnic minorities is at the risk of extinction.

Affirming that ethnic minority group are an inseparable part and blood and flesh of the Vietnamese nation, he said comprehensive development of ethnic minority regions helps lay a foundation to ensure great national unity.

On the occasion, ministries and agencies from the central and grassroots levels must continue disseminating and effectively realise the Party Central Committee’s Resolution No.24-NQ/TW on ethnic work in the new situation, do their best to basically deal with urgent issues, and create livelihoods to improve local lives and follow the motto that no one is left behind.

They were also asked to realise Resolution No.88/2019/QH14 and Resolution No.120/2020/QH14 of the 14th National Assembly and Decision No.1409/QD-TTg of the Prime Minister issuing the plan to realise the legislature’s Resolution No.120 approving the National Target Programme on socio-economic development for ethnic minority and mountainous regions for the 2021-2030 period.

The leader expressed his wish that ethnic groups will offer all possible support to help their children to go to schools because education is the only way to push them to prosperity.

He hoped that nearly 1,600 outstanding delegates representing the 54 ethnic groups will lift the spirit of great national unity to a greater height.

Many foreigners in Da Nang who have met difficulties in buying food and necessities...