People whose gender is not male or female may use many different terms to describe themselves. One term that some people use is non-binary, which is used because the gender binary refers to the two categories of male and female. 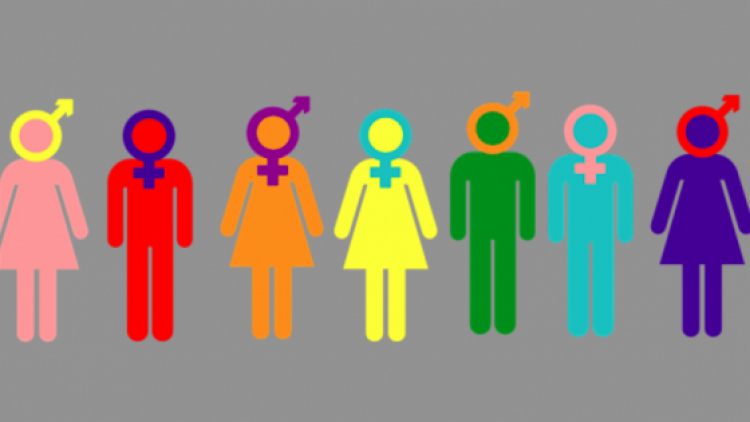 Most people – including most transgender people – are either male or female. But some people don't neatly fit into the categories of "man" or "woman," or “male” or “female,” according to the US-based National Center for Transgender Equality (NCTE) -  a nonprofit social equality organization.

The NCTE definition adds that people whose gender is not male or female use different terms to describe themselves. In addition to “non-binary”, other terms include “genderqueer”, “agender” and “bigender”, and there are many more. None of these terms have precisely the same meaning, “but all speak to an experience of gender that is not simply male or female”. While non-binary people are generally regarded as being within the “T” community of the LGBT+ acronym, some of them choose not to use “transgender” as a descriptor because it has connotations with the binary model.

As one of the less well-understood communities under the LGBT+ umbrella, non-binary individuals may be particularly vulnerable to discrimination - including from within the LGBT+ community itself. According to Stonewall’s LGBT in Britain Work Report in 2018, over a third of non-binary people (37%) were not out at work. By way of comparison, the report found that just 4% of lesbians and 7% of gay men were not out at work.

It's important to remember that if someone is transgender, it does not necessarily mean that they have a "third gender." Most transgender people do have a gender identity that is either male or female, and they should be treated like any other man or woman.

Some societies – like ours – tend to recognize just two genders, male and female. The idea that there are only two genders is sometimes called a “gender binary,” because binary means “having two parts” (male and female). Therefore, “non-binary” is one term people use to describe genders that don’t fall into one of these two categories, male or female.

Countries such as Canada, Australia, Germany, Nepal, the Netherlands and India already allow citizens to state a non-binary gender category on their passports. Facebook now has 71 different gender options.

International Non-Binary People’s Day is observed each year on July 14.

Some, but not all, non-binary people undergo medical procedures to make their bodies more congruent with their gender identity. While not all non-binary people need medical care to live a fulfilling life, it’s critical and even life-saving for many.

Being non-binary is not the same thing as being intersex. Intersex people have anatomy or genes that don’t fit typical definitions of male and female. Most intersex people identify as either men or women. Non-binary people are usually not intersex: they’re usually born with bodies that may fit typical definitions of male and female, but their innate gender identity is something other than male or female. How to Be Respectful and Supportive of Non-Binary People

It isn’t as hard as you might think to be supportive and respectful of non-binary people, even if you have just started to learn about them.

You don’t have to understand what it means for someone to be non-binary to respect them. Some people haven’t heard a lot about non-binary genders or have trouble understanding them, and that’s okay. But identities that some people don’t understand still deserve respect.

Use the name a person asks you to use. This is one of the most critical aspects of being respectful of a non-binary person, as the name you may have been using may not reflect their gender identity. Don’t ask someone what their old name was.

If you’re not sure what pronouns someone uses, ask. Different non-binary people may use different pronouns. Many non-binary people use “they” while others use “he” or “she,” and still others use other pronouns. Asking whether someone should be referred to as “he,” “she,” “they,” or another pronoun may feel awkward at first, but is one of the simplest and most important ways to show respect for someone’s identity.

Advocate for non-binary friendly policies. It’s important for non-binary people to be able to live, dress and have their gender respected at work, at school and in public spaces.