Over 30,000 children equipped with water safety skills in two years

Nearly 14,000 children aged 6-15 have been equipped with swimming safety skills, and more than 30,000 with water safety skills over the last two years thanks to classes held by the Global Health Advocacy Incubator (GHAI) and relevant agencies in Viet Nam. 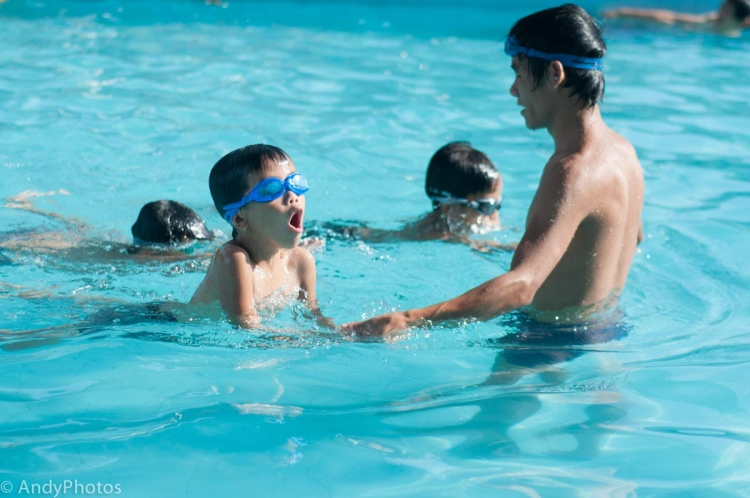 GHAI Country Director Doan Thu Huyen said drowning remains one of the leading causes of death for under-15 children in Viet Nam, with about 2,000 children aged under 16 losing their lives to water every year.

Drowning increases in summer, when children have finished their school year and spend most of their time at home and in their community, causing not only losses to the country, the community, and their families but also uncompensable grief and pain to their parents and relatives, she noted.

Since 2018, with support from the Bloomberg Philanthropies, the GHAI at the Campaign for Tobacco-Free Kids of the US has coordinated with the Ministry of Labour, Invalids and Social Affairs (MoLISA) and the World Health Organisation to carry out evidence-based interventions that suit the Viet Nam context so as to help minimise drowning deaths among under-15 children.

Huyen said the child drowning prevention programme has been piloted in over 100 communes of eight provinces with the highest drowning mortality rates in Viet Nam. It provided swimming safety skills for nearly 14,000 children aged 6 - 15 and water safety skills for more than 30,000.

As a result, the rate of children getting swimming lessons has almost doubled, from 14.7 per cent to 25.5 per cent, in the beneficiary areas, higher than the average national rate.

In the time ahead, she added, the programme will be expanded to 12 provinces, from eight at present, with priority given to disadvantaged districts and communes with high drowning mortality rates in children.

The GHAI will also keep working closely with the MoLISA, relevant sectors, local authorities, and schools to organise swimming classes for children aged 6 - 15. It hopes to equip about 50,000 children with swimming skills by the end of 2022.

Teaching water safety skills is also one of the programme’s priorities, Huyen went on, noting that the skills are necessary for children to grow up safely and healthily.

She said the efforts could prove useful only when they receive support from local authorities, families, and schools, and that the GHAI is happy that the programme has helped make substantive improvements to ensure water safety and prevent drowning for children.