Over 70 pct of workers in Quang Ninh’s IPs vaccinated

Over 70 percent of workers in industrial parks (IPs) in the northern province of Quang Ninh have been vaccinated against COVID-19, said the management board of the provincial IPs. 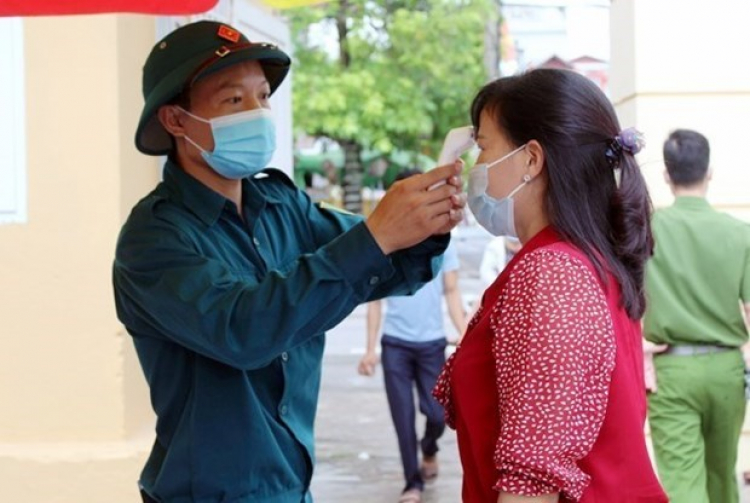 Over 70 percent of workers in industrial parks (IPs) in the northern province of Quang Ninh have been vaccinated against COVID-19, said the management board of the provincial IPs.

Within more than a week as of July 18, over 21,700 workers in IPs received the first shots.

Quang Ninh is now home to five IPs with around 30,500 workers.

One of the vaccine types given to workers in IPs, especially in Hai Yen and Hai Ha Seaport IPs, is Sinopharm as suggested by the Chinese Government and instructed by the Health Ministry.

In order to ensure production safety at IPs and economic zones, the provincial Steering Committee for COVID-19 Prevention and Control asked heads of the management board of the provincial IPs. and production facilities to raise the sense of responsibility for health management and ensuring the safety of workers and employees, mostly in Mong Cai, Ha Long, Quang Yen, Uong Bi and Dong Trieu. IPs and industrial clusters must conduct comprehensive and periodic testing in a close-ended process, targeting 20 percent of workers per week.

The province consistently followed the principles of preventing, discovering, tracing, quarantining, zoning off and eliminating infections, quickly stabilising the situation.

Thanks to efforts to achieve the dual goal of fighting the pandemic and restoring socio-economic development, Quang Ninh drew over 22.4 trillion VND in investment in IPs and EZs in the first half.

During the period, Quang Ninh’s economy grew by 8.02 percent, ranking fourth among cities and provinces in the Red River Delta. Its manufacturing and processing sector expanded by 38.95 percent year-on-year, or 17.6 percent higher than the target, offsetting contraction in services, especially tourism caused by the pandemic, as well as coal and electricity sectors.

The province is also striving to give vaccination to 70-80 percent of local residents by April 2022 in order to reach herd immunity against COVID-19.

According to head of the provincial Health Department Nguyen Trong Dien, to this end, the locality is speeding up COVID-19 vaccination campaign.

Recently, the province has administered tens of thousands of Sinopharm COVID-19 vaccine doses to workers in Chinese-invested firms in Quang Ninh and border residents, he said.

Meanwhile, Hoang Ba Nam, Secretary of the Party Committee of Mong Cai city, said that the city has received 31,000 doses of Sinopharm COVID-19 vaccine. With a capacity of injecting 4,000-5,000 doses per day, Mong Cai plans to finish the administration of 31,000 doses by July 20.

So far, Quang Ninh has received about 260,000 COVID-19 vaccine doses of different kinds, with 60,000 doses administered. The province expects to inject the rest in July and August while waiting for more vaccine delivery.

The province hopes to become one of the first localities in Vietnam to reach herd immunity. It is planning to build a vaccination database and start the use of vaccine passport. The locality has also allocated personnel to deliver COVID-19 vaccines to locals in ethnic minority-inhabited, mountainous, islands and hard-to-reach areas.

People who have received the first jab this time are scheduled to get the second one between August 1 and 11.

Sharing more than 118km of land border and 191km of sea border with China, Quang Ninh is located at the start of the countries’ “Two Corridors, One Belt” economic cooperation zone, in the Nanning - Singapore Economic Corridor, and the expanded Gulf of Tonkin inter-regional cooperation area within the ASEAN - China Free Trade Area./.