USD 11.4 million has been donated to the Vietnam Fatherland Fronts at all levels over the past two weeks in support of people affected by the recent record flooding in the central region. 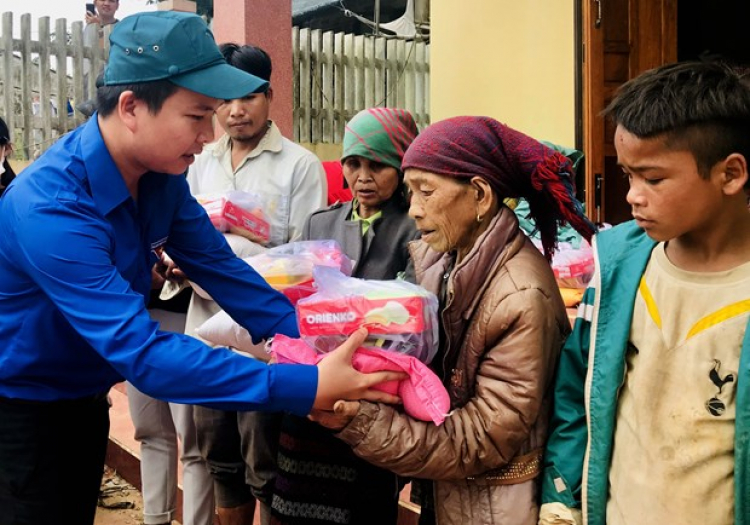 Floods and landslides in the central region claimed 130 lives as of October 25 and 18 others are still missing.

Through the VFF Central Committee, Kiem also handed over 36 saving books worth 1.8 billion VND in total to families of officers and soldiers who died performing duty during the flooding.

Man affirmed that the VFF Central Committee will coordinate with local authorities and VFF local committees to allocate the money and objects to right addresses.

Prime Minister Nguyen Xuan Phuc has decided to provide 6,500 tonnes of rice from the national reserve for four central provinces to assist people affected by the recent flooding.

Since October 6, downpours brought by storms Linfa and Nangka caused record flooding and serious landslides on a wide scale in the central region. As of October 25, the death toll during the disaster reached 130, with 18 still missing. Some 7 million people have been affected.

According to Nguyen Xuan Cuong, Minister of Agriculture and Rural Development, who is inspecting storm prevention and control in the central region, told the media, strong winds have brought down many big trees and ripped roofs off 447 houses in Quang Ngai.

Residents of 145 communes in Quang Ngai have lived without electricity since early in the morning, he said, adding the local power company was ordered to stop providing power for safety reasons.

Rain is continuing to fall heavily in the locality, measuring up to 400mm, while high tidal surges are reported at Cua Dai beach.

Quang Nam province has decided to stop providing electricity for consumers for safety reasons. The province has evacuated nearly 89,000 residents to storm shelters before Molave approached the shore.

Vietnam shared its experience in ensuring the rights of labourers and emphasised...