A picture capturing the beautiful friendship between a schoolboy with a disability won first prize at a photo contest entitled ‘Good deeds for children’. 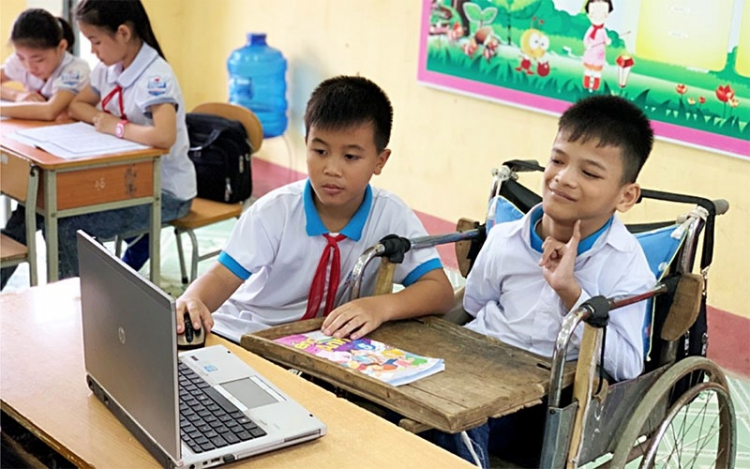 According to NDO, the photo was taken by Dao Trong Hoa from the Xuan Phu elementary school in Tho Xuan district, Thanh Hoa province.

Fifth grader Ha Van Kien at Xuan Phu elementary school is paraplegic in both legs and arms. Despite his disabilities, Kien is always optimistic thanks to the love, empathy and support of his family, teachers and friends.

His closest classmate is Le Nguyen Hoang Quan, who is always willing to lend a helping lend to Kien when he is in need.

It attracted more than 4,100 entries from entrants across the country, 10 of which were presented with prizes, including one first, two second, three third, four consolation prizes, and one prize for a collective.

A total of 100 outstanding entries were selected to be exhibited to the public on the occasion./.