The solidarity festival was an opportunity to listen to public feedback via the political system the grassroots level, said Prime Minister Nguyen Xuan Phuc. 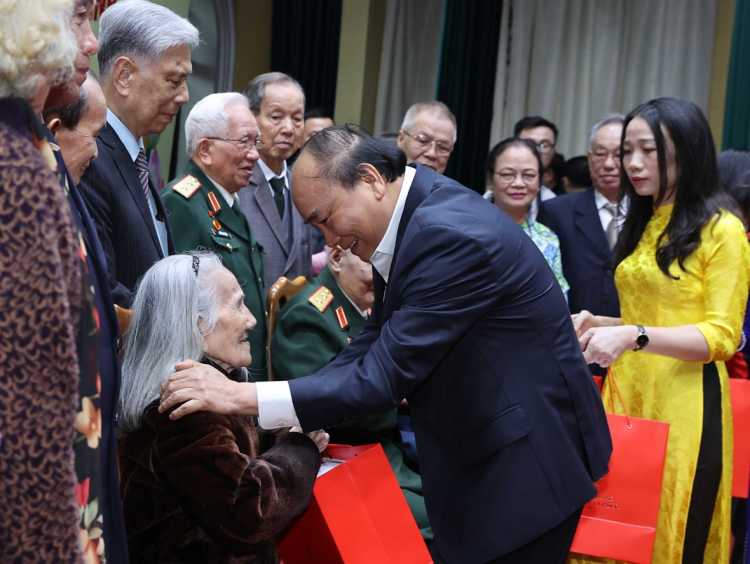 At the event, PM Phuc highlighted the significance of the solidarity festival, which is organised on the occasion of the founding day of the Vietnam Fatherland Front (VFF). He said it was an opportunity to listen to public feedback via the political system the grassroots level.

The PM said in the past 90 years, the VFF has gathered people from all walks of life to successfully carry out the Party and State’s revolutions, while working to improve its operation’s efficiency.

Phuc hailed Dien Bien ward’s achievements in implementing the campaign “All people join hands to build new-style rural areas, civilised urban areas”, and expressed his hope that people and authority of Dien Bien ward will maintain the tradition of solidarity and unity in the current regional and global context.

On the occasion, the Government leader informed the locals of the 37th ASEAN Summit and related summits’ success, together with the country’s socio-economic achievements in the tough year of 2020.

He said national solidarity has helped the country overcome challenges to develop the economy, control the pandemic, and cope with consequences of flooding.

He asked Dien Bien ward to stay vigilant in the pandemic prevention work, as well as pay due heed to communication work to mobilise local people’s participation in Party building.

He particularly asked people and officials of the ward to continue working to consolidate the great national solidarity, and make further contributions to the city and country’s success.

The great national solidarity festival was observed in celebration of the 89th founding anniversary of the Vietnam Fatherland Front (November 18, 1930).