Poverty in Viet Nam declines substantially over past decade: WB

Poverty in Viet Nam declined substantially between 2010 and 2020, according to a report released by the World Bank (WB) on April 28. 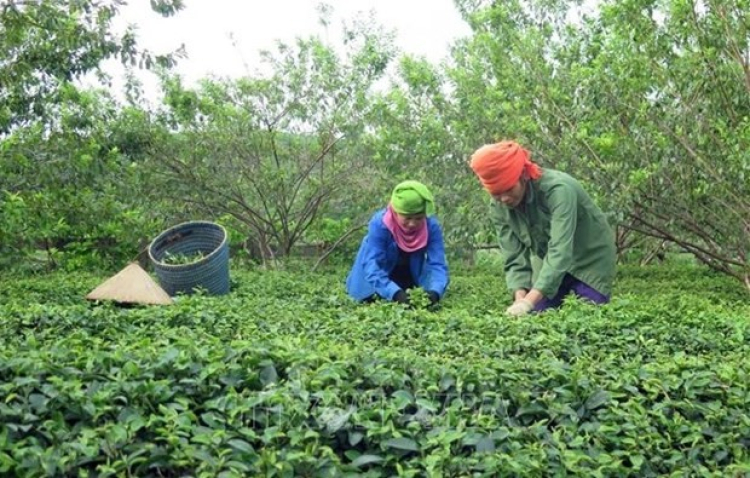 Poverty in Viet Nam declined substantially between 2010 and 2020. (Photo: VNA)

The WB’s Poverty and Equity report, “From the Last Mile to the Next Mile”, says that over the past decade, the poverty rate at the bank’s 3.20 USD per day line for lower-middle income countries declined from 16.8 percent to 5 percent, meaning ten million people were lifted out of poverty.

It assesses Viet Nam’s progress in poverty reduction over the decade to 2020 and examines what is needed to sustain the upward economic mobility and economic security of the millions who have left poverty.

In less than half a century since the end of the war and 35 years since the Doi Moi reforms, Viet Nam has become a vibrant economy and a sought-after market to the outside world. GDP per capita (2015 US dollar) grew from 481 USD in 1986 to 2,655 USD in 2020, according to the report.

Rapid economic growth was broadly inclusive, and livelihoods in Viet Nam improved dramatically. Based on the World Bank’s Lower-Middle Income Class (3.20 USD/day 2011PPP) poverty line, poverty rates declined from 16.8 percent in 2010 to 5.0 percent in 2020. According to preliminary estimates for 2019, 5.7 percent of Vietnamese are considered multidimensionally poor.

Growth over the last decade in Viet Nam was broadly inclusive, as welfare improved across the entire economic distribution of households. Pathways out of poverty were widespread across most groups, as many families moved out of poverty within a single generation.

At the same time, Viet Nam is a lower-middle-income country facing a challenging and uncharted road ahead to reaching upper-middle and high-income country levels in a shifting global economic and climatic landscape.

Despite remarkable progress, poverty remains a key concern among the population. In a survey of citizens, from 2015 to 2020 poverty/hunger was selected as the main issue that the government must tackle. When asked why poverty was the main concern, while many people worried about falling back into poverty, even more felt that poverty is an overall drag on the economy and reduces national prestige.

To uphold the achievements and address challenges ahead, the WB has offered a number of recommendations to Viet Nam.

Supporting agricultural productivity growth is key to maintaining livelihoods for those remaining in the rural economic system in the face of significant structural change, it said.

Access to new knowledge and innovations, including application of appropriate digital technologies, would support productivity growth by substituting for labour intensity.

Deputy Spokeswoman of the Ministry of Foreign Affairs Pham Thu Hang responded to...