On the afternoon of November 23, the Vietnamese Communist Party (VCP)'s Politburo member and Sate President of the Socialist Republic of Vietnam Nguyen Xuan Phuc met with international delegates attending the 22nd Assembly of the World Peace Council in Hanoi, Vietnam. 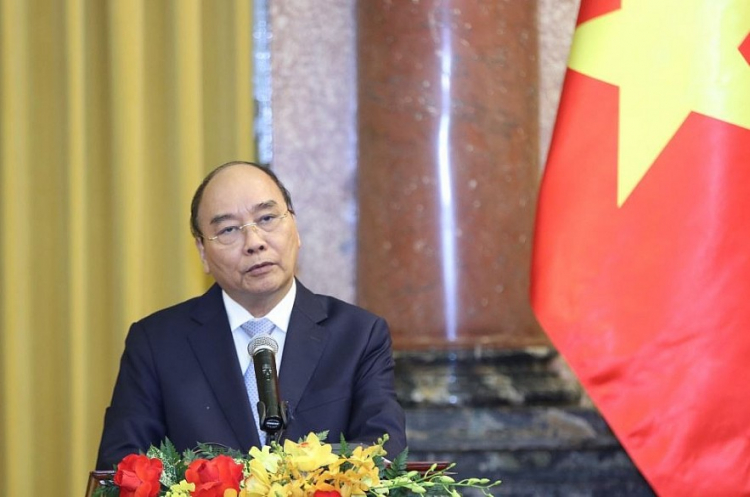 At the meeting, President Phuc warmly welcomed the delegates and expressed his gratitude to the World Peace Council for trusting and coordinating with the Vietnam Peace Committee to organize the 22nd Assembly in Vietnam.

The Vietnamese President shared that Vietnam and the World Peace Council have a special and long-standing historical relationship. The Party, State, and people of Vietnam always remember the support, strong solidarity, and valuable assistance of international democratic and progressive organizations, including the World Peace Council and its membership organizations, in the struggle for national independence and reunification in the past and in the cause of national construction and defense at present.

The support of the Council and peace-loving countries for Vietnam is a vivid expression of the great international solidarity’s strength, making an important contribution to the victories of the Vietnamese revolution over the past 70 years.

President Phuc highly appreciated the active contributions of the World Peace Council and its membership organizations in preventing wars, building a world of peace and justice, especially supporting the struggles for national liberation of the peoples of different countries, attaining the objective of global nuclear disarmament, and protecting war victims. The President thanked the Council for actively supporting Vietnam at international forums and supporting Vietnamese Agent Orange/dioxin victims.

Mentioning the complicated developments of the world situation which poses many potential threats to global peace, stability, and development, President Phuc said that preventing conflicts and wars, eradicating inequality in international relations, building a world of peace, equitableness and sustainable development has become an urgent requirement and earnest aspiration of progressive mankind all over the world.

In that context, the President believed that with a long tradition and many positivity-spreading activities, the World Peace Council will continue its noble mission of gathering and uniting the world peace-loving, democratic and progressive forces in the common struggle for global peace, justice, and sustainable development. At the same time, President Phuc believed that the 22nd Congress of the Council will be successful with many initiatives, building a practical action plan, promoting peace activities and international solidarity.

As a country that went through many sacrifices, pains, and losses in the resistance wars against the aggressors, the Vietnamese people deeply cherish the value of peace, independence, and freedom. The President affirmed that Vietnam always attaches importance to and upholds the basic principles of the United Nations (UN) Charter and international law, respecting independence, sovereignty, territorial integrity, non-interference in internal affairs, no using force or threatening to use force in international relations, and dispute-settlement by peaceful means based on international law. 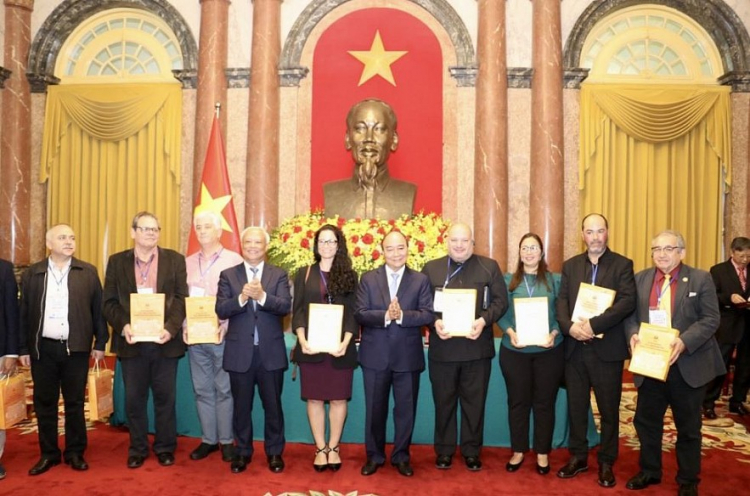 Vietnam advocates to be a friend, a reliable partner, and a responsible member in the international community for equal cooperation and mutual benefit. At the same time, Vietnam has always been faithful to traditional friends, steadfastly united, and supported the peoples of all countries in the struggle for peace, national independence, democracy and social progress, and for a just world and sustainable development.

“Vietnam will firmly adhere to the goal of national independence associated with socialism, uphold the foreign policy of independence, self-reliance, peace, friendship, cooperation and development, diversification, and multilateralization of foreign relations, proactively and actively integrate into the world, ensure the highest interests of the nation on the basis of fundamental principles of the United Nations Charter and international law.” President Phuc said. 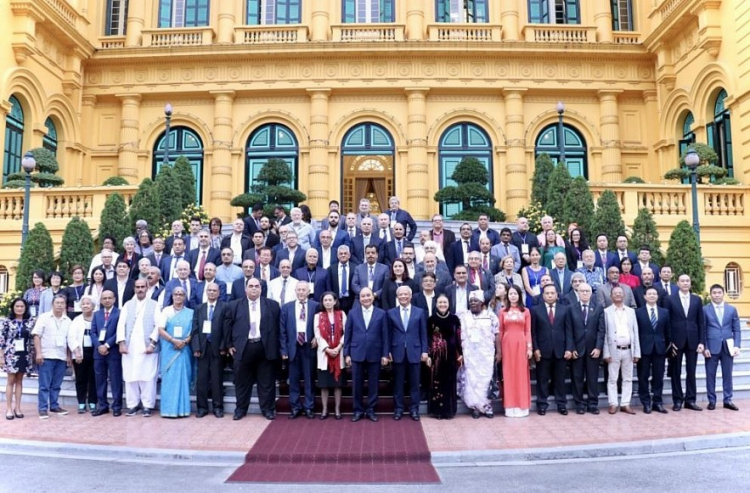 The President hoped that the World Peace Council, international democratic organizations, and forces for world peace and progress would continue to accompany, unite and support the Vietnamese people on the new path. Vietnam will continue to make active contributions to the Council's movements as well as to progressive people's movements around the world for peace, national independence, democracy and social progress.

At the meeting, World Peace Council President Socorro Gomes Coelho and Peace Committees from other countries expressed their respect and affection for President Ho Chi Minh, admiring the traditions and achievements of the heroic Vietnamese country and people, which is a symbol of world peace. The delegates congratulated and appreciated the strong transformation in all aspects of Vietnam.

Representatives of countries wish to cooperate with Vietnam to maintain world peace and to struggle for a just world, saying that Vietnam always occupies an important position in the hearts of world pacifists.

Workshop seeks measures to minimise tobacco use in Vietnam

Training seminar for disabled candidates to stand for election

The Vietnam Federation on Disability in partnership with the UN Development Programme...