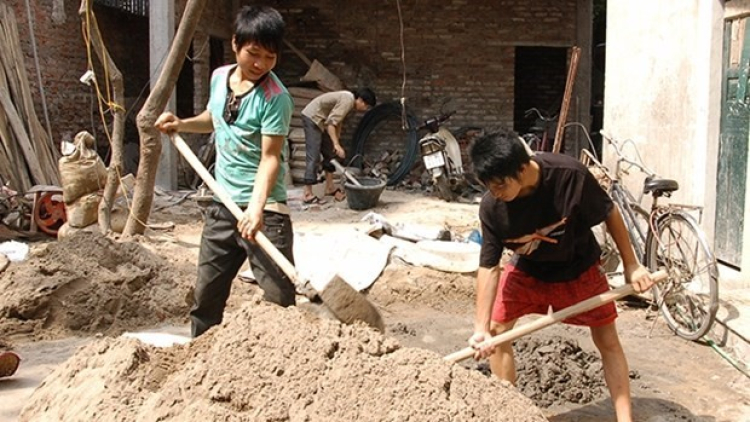 The Department of Labour, War Invalids and Social Affairs of Da Nang City recently joined hands with World Vision Vietnam to announce the “Against Child Exploitation (ACE) Project” to ramp up efforts in preventing and addressing child labour.

Funded by the United States Department of Labour, the ACE project aims to strengthen capacity of the Government of Vietnam to address Worse Forms of Child Labour (WFCL), including Online Sexual Exploitation of Children (OSEC), and violations of acceptable conditions of work.

In Da Nang, the ACE project will be implemented in three districts: Son Tra, Hai Chau and Lien Chieu.

Started in 2019, the ACE project has made significant achievements in Philippines, contributing to the country’s efforts in addressing child labour. Vietnam has been selected as the second country to amplify the project impact.

In recent years, the legal system and policies related to child labour have been improved, and the prevention and reduction of child labour has received increasing attention from the Vietnam's Party committees, authorities, ministries and sectors as well as the engagement of relevant organisations, businesses and the whole society.

However, child labour still persists in the country, especially in the informal sector of the economy. According to the 2018 Vietnam National Child Labour Survey conducted by the Ministry of Labour, Invalids and Social Affairs in partnership with the General Statistics Office with technical assistance from the International Labour Organization (ILO), 1,031,944 children aged 5 to 17 are engaged in child labour, of which 34.2% work 40 hours per week or more and 50.4% are involved in hazardous work.

The emerging evidence shows that child labour incidences are existing in increasingly complicated forms in addition to traditional patterns. Among them is the Online Sexual Exploitation of Children (OSEC).

It is obvious that the technological advancement in Vietnam has intensified the vulnerability of children to abuse and exploitation in the cyber world. According to the National Center for Missing and Exploited Children (NCMEC), there have been more than 706,000 cases of online child sexual abuse materials (images/videos) reported in Vietnam, ranking second in Southeast Asia.

The issue of OSEC, also defined as one of the worst forms of child labour, has presented itself as a new challenge to the government of Vietnam and its communities. Da Nang is one of three project target cities/provinces (along with the central province of Quang Nam Province and the northern mountainous province of Dien Bien) for the duration from April 2022 to September 2024. Annual reports by businesses in Da Nang city show that there has been no child labour incidence being recorded so far.

However, the latest estimates illustrate that about 10,600 children are at risk of being involved in child labour (including those of poor and near-poor households; children who lost both parents; and abandoned children).

“Further attention from the Government and the society should be paid to this group of children in an effort to prevent at-risk children from being pushed into child labour. This poses a challenge in providing timely detection, support and interventions for children at risk to uphold children's rights and ensure all-round development of children,” Le Van Minh, deputy director, Department of Labours, Invalids and Social Affairs of Da Nang City shared.

In addition to proposed measures and joint efforts of relevant government agencies at provincial, district and commune levels, Da Nang hopes to receive more support from both international and local organizations, individuals, especially from World Vision Vietnam to step up efforts in protecting at-risk children from child labour.

In order to achieve those outcomes, five main groups of interventions are designed, including awareness raising activities to increase knowledge of community on available services for children engaged in WFCL including OSEC; capacity building activities for Child Protection Committees members, social workers and service providers; community engagement activities which include providing on-demand assistance services for children affected by WFCL, including OSEC and violations of acceptable conditions of work, promoting home visits, case management, and referral services, and piloting counseling and support points at district level.

Moreover, partnership promotion to detect, remove, and respond to OSEC as well as share promising practices in addressing child labour and OSEC; and strengthen child protection system through a set of community child labor monitoring tools, the revision of criteria to define WFCL and support procedures for children affected by WFCL, as well as the enhancement of the reporting and referral mechanism.

The Australian Embassy on November 11 held a ceremony to launch the Equality Strategy...

The Ministry of Health has recommended people to follow six measures to protect...