Ho Chi Minh city has taken the lead in collecting public feedback to build a strong and transparent Party and administration, and prevent moral degradation and corruption.

The 11th Congress of the Ho Chi Minh City Party Organisation for the 2020-2025 tenure opened on October 15, with 444 delegates taking part.

In his opening speech, Politburo member and Secretary of the municipal Party Committee Nguyen Thien Nhan said in over one year implementing the Politburo’s Directive No.35-CT/TW, the municipal Party Organisation has successfully directed the holding of the congresses at 2,091 grassroots-level Party organisations and 63 others at the district, communal and above levels. 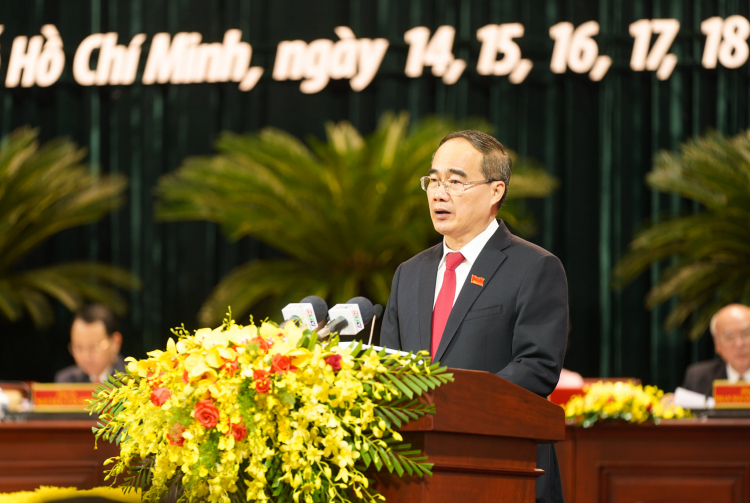 Draft documents and personnel plan submitted to the 11th Congress were devised in a serious, responsible and scientific manner in line with the Politburo’s Directive No.35.

Thanks to its high labour productivity, the city made up more than 22 percent of the country’s economy and achieved a growth of 7.7 percent during 2016-2019. It was the largest contributor to the State budget, accounting for 27 percent of the total budget revenue. The rate between its budget spending and revenue was also the lowest in the country.

Over the past two years, the city has collected 8,778 feedback, 8,660 of them have been dealt with, or 98.66 percent. As many as 328 Party members and 378 officials and cadres violating Party regulations and State laws have been disciplined.

In the past three years, the city devised projects to submit to the Politburo, Government and National Assembly, thus creating a new driving force for development.

Nhan urged the Congress to uphold the sense of responsibility, democracy and brainpower to offer opinions on important draft documents before submitting them to the 13th National Party Congress; and review achievements, weaknesses and shortcomings, towards deciding on orientations and goals to continue developing the city during the 2020-2030 period and towards 2045.

HCM City should be the pioneer in addressing the development challenges facing Vietnam and in creating breakthrough policies to effectively mobilising and allocating resources,  Prime Minister Nguyen Xuan Phuc has said.

He also highlighted the importance of building an efficient, democratic, modern, and active administrative environment and reinforcing defence-security, external relations, and international integration.

The PM asked the city to focus on personnel tasks during the congress to elect an effective apparatus serving its future missions.

Later, delegates looked into documents of the 11th Congress of the municipal Party Organisation and others for submission to the 13th National Party Congress.

On October 17, the Congress will elect and announce the executive committee of the 11th municipal Party Organisation, and a delegation to the 13th National Party Congress.

The Congress will last till October 18.

Taking care of older people and promoting their roles in society

The national strategy on gender equality helped to narrow the gender gap in different...