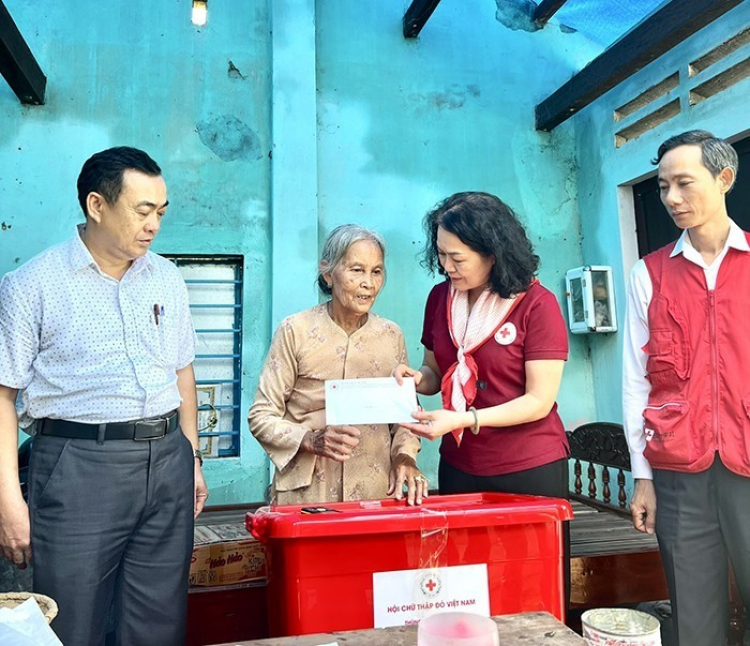 On October 1, she handed 200 million VND (8,600 USD) and 200 boxes of necessities worth over 120 million VND to families that suffer serious damage in housing, crops and livelihoods.

Poor, near-poor households and those living in disadvantaged circumstances received 1-5 million VND in aid each.

The same day, the Quang Ngai provincial Red Cross Society and the national charity alliance handed over 300 relief package, each valued at 305,000 VND, to disadvantaged and storm-hit families.

The storm pulled down and unroofed nearly 1,300 houses, damaged more than 300ha of vegetables and other crops, many schools, medical stations and roads.

International friends have been jointly contributed to overcome these trying times...