On World Toilet Day (19 November), check out "Dignity", a film by Saigon-based filmmaker and photographer Morgan Ommer which shows the impact of Women-led Output-Based Aid (WOBA) program on a woman Mrs. Yen and her auntie Bo whose mobility is limited. 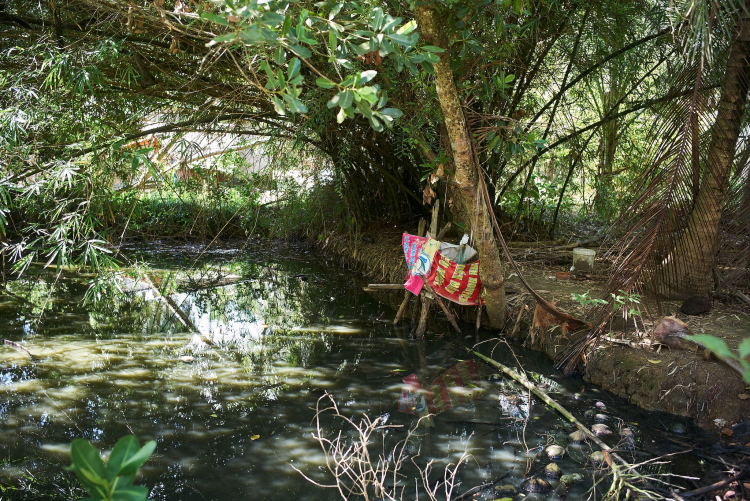 “Dignity” [https://youtu.be/Fdq7NLB8Wcg] features one household from the 28,000 people who have benefited from WOBA program in Hoa Binh, Thanh Hoa, Nghe An, Ha Tinh and Ben Tre implemented by East Meets West. The 5-year (2018-22) WOBA project was launched by East Meets West and the Vietnam Women’s Union in 2018, funded by the Australian Government under Water for Women.

The film shows the very personal impact a hygienic toilet brought to Mrs. Yen and her Auntie Bo, who live in Ben Tre province in the Mekong Delta.

Mrs. Yen lives with her Auntie Bo, who is blind and walks on a prosthetic leg. As Auntie Bo grows older, her infirmities force Mrs. Yen to give up her job and stay home to look after her auntie’s health. With the support of East Meets West and the Vietnam Women’s Union, Mrs. Yen built a hygienic and accessible latrine. By giving Auntie Bo a toilet, she has gained more than just a daily convenience, and Mrs. Yen is happy to resume her work and earn money to support her family.

Yen’s family is one of 28,000 benefiting from East Meets West’s Women-led Output-Based Aid (WOBA) program in Vietnam. WOBA aims to improve water, sanitation and hygiene conditions for disadvantaged people in rural areas, empower women by making them changing agents and make sure no one is left behind. 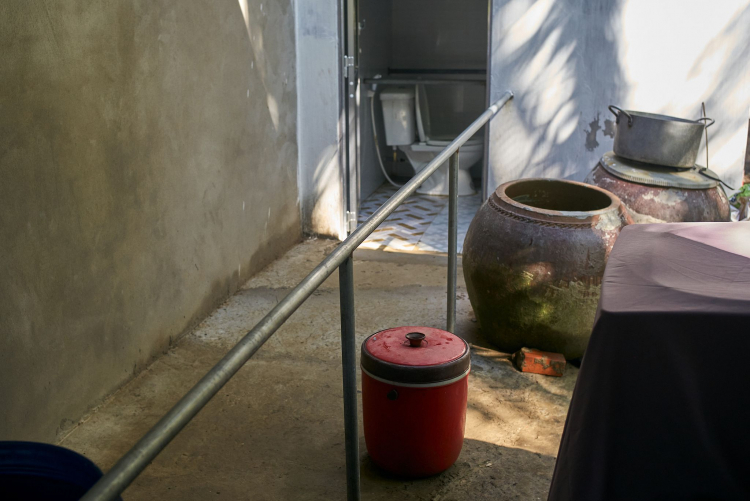 By building a toilet for Auntie Bo, Mrs. Yen gained more than just a daily convenience. It gave her an improved sense of wellbeing in her home and enabled her niece to resume her livelihood. Photo by Morgan Ommer

East Meets West has more than 32 years of working to provide hygienic toilets and sanitation to low-income and disadvantaged people with 1.5 million people in rural areas have access to hygiene and sanitation in more than 10 years.

Since 2010, EMW Vietnam have helped more than 1.5 million people to have access to water and sanitation information and services. 190,000 rural households, mostly poor and GESI ones, have been supported to build hygienic latrines, and the number is expected to increase by 20,000 at the end of 2022.

According to Nguyen Hong Hanh, Vietnam Country Director of East Meets West, in total, 130,500 hygienic latrines have been constructed for low-income families and households with disadvantaged people.

"We have mobilized financing for nearly 200,000 households with a total investment of more than VND400 billion, and provided information about sanitation and hygiene to more than 1.5 million people in 15 provinces in Vietnam. Through our journey, over 6,000 members of the Women's Union have strengthened their knowledge and influence in the water and sanitation sectors, as well as in rural development," she shared.

For those living in Vietnam's developed cities, life without a modern bathroom can be hard to fathom. Yet, Hanh said, in some remote, mountainous provinces, less than 50% of households have hygienic latrines. This can have massive health implications, particularly amid the pandemic.

"The level of understanding about [hygiene] and health is increasing among rural people, which leads to higher demand for hygienic latrines. But disadvantaged families are often left behind because they lack information about sanitation suppliers and latrine options which are affordable and suitable to their needs. That's why our program focuses on those households," Hanh added.