The workshop to share the experiences of the ‘We are ABLE’ project was organized on August 5 by the Committee for Ethnic Minority Affairs (CEMA) in partnership with the United Nations Educational, Scientific and Cultural Organization (UNESCO). 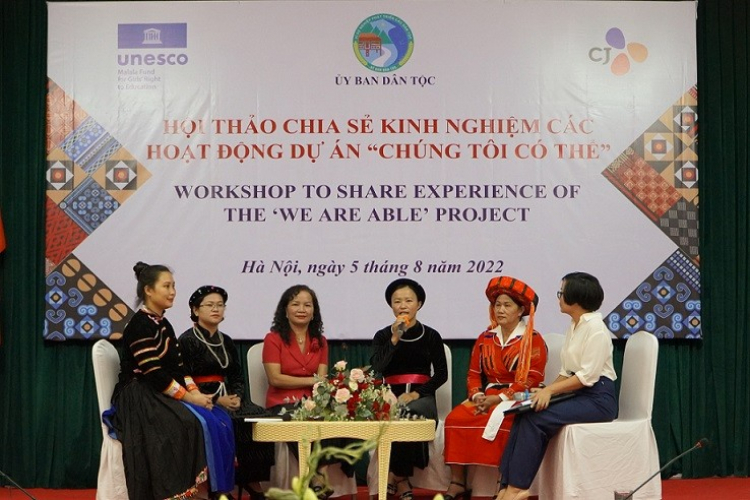 The ‘We are ABLE – Achieving Better Living and Education’ project has promoted gender equality and girls’ education in ethnic minority areas. (Source: UNESCO)

The workshop attracted more than 100 participants from different ministries and provinces.

The ‘We are ABLE – Achieving Better Living and Education’ project started in 2019 with financial support from CJ Group (Republic of Korea), implemented jointly by the CEMA, the Ministry of Education and Training, UNESCO and three provinces of Ha Giang, Ninh Thuan and Soc Trang.

The CEMA was the key implementing agency for five key project activities, including a pilot model on income generation and livelihood for ethnic minority women and young people.

In his opening remarks, Mr. Christian Manhart, UNESCO Representative to Viet Nam, emphasized: “We triggered the inspiration and commitment for the improvement of women’s economic situation to allow them and their families to better access education, employment, health and other services.”

At the workshop, the CEMA shared its experience in implementing the pilot model to support income generation and livelihood for ethnic minority women from five districts of Bac Me, Dong Van, Hoang Su Phi, Quang Binh and Vi Xuyen of Ha Giang province.

Women beneficiaries of the project from Ha Giang brought their agricultural and cultural products as well as their inspiring stories to the workshop. 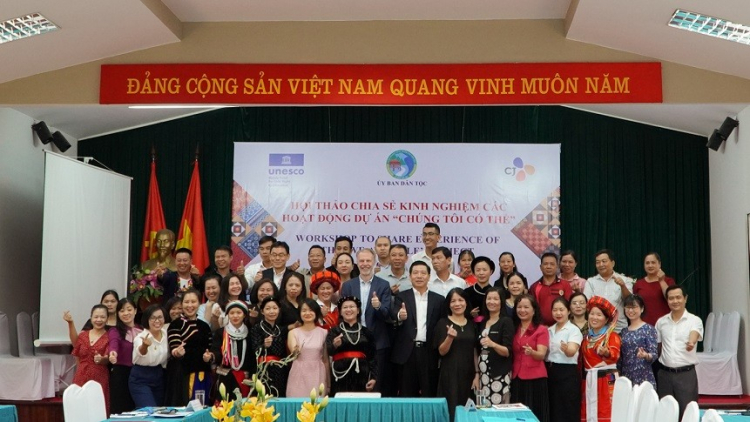 The workshop attracted more than 100 participants from different ministries and provinces. (Source: UNESCO)

Ms. Nguyen Thi An, a Tay ethnic minority woman in Vi Xuyen district of Ha Giang, said: “I am one of the ethnic minority women who were lucky to participate in the project. I was supported to form a group of women to plant pennywort on a large scale to supply to the cooperative. I was inspired by the female heads of the cooperatives who shared with me their experience in setting up their business. I, then, became more confident and got a clearer idea for my future business.”

According to Mr. Le Son Hai, Deputy Minister, Vice Chairman of CEMA, the ‘We are ABLE’ project provides the Committee for Ethnic Minority Affairs and other provinces with good lessons learned for the implementation of the National Target Programmes on socio-economic development in the ethnic minority and mountainous areas for the period of 2021-2030.

Participants of the workshop also enjoyed reading the ‘We are ABLE’ collection of 25 testimonials by project beneficiaries who shared their personal stories on the value of education and training, and the ‘Keeping girls in the picture’ booklet with 30 testimonials from girls and women from different locations who sent their inspiration to other girls about the importance of education during COVID-19 school closure in 2021.

Hanoi to speed up COVID-19 vaccination

Representatives of the Vietnamese Embassy in Thailand on August 25 visited a Vietnamese...