Vietnam regards equality and non-discrimination as the fundamental principles of ensuring the rights of all people, including those with disabilities. 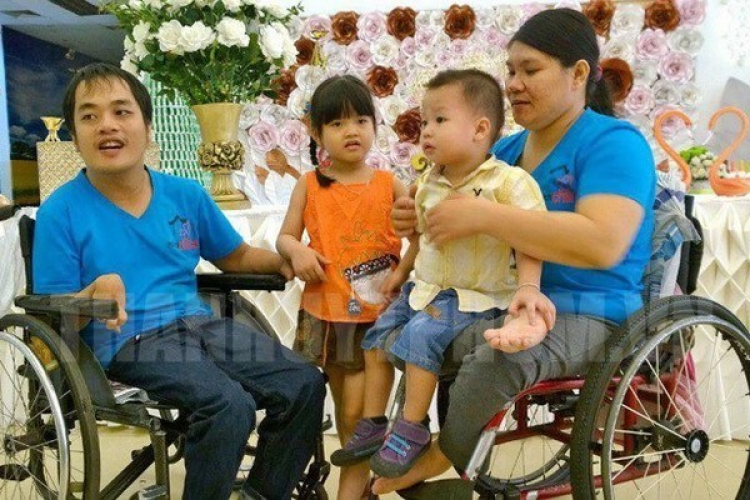 According to a report released by UNICEF in 2016, Vietnam had 6.2 million people with disabilities, accounting for 7% of total population.

Thanks to the join efforts made by all people in the country and international community, Vietnamese people with disabilities have received careful care so that their rights have been ensured over the past years. Various forms and models have been launched at all levels to create funds for them. People with disabilities have also enjoyed social welfares including healthcare insurance and capital for start-up as well as various preferences from the State and the whole community. In addition, many have been making efforts to overcome all difficulties to not only develop their own economy but also help others in the same plight.

In 2003, ASEAN Para Games was held in Vietnam for the second time following SEA Games 22. At that time, many stadiums had to rush to prepare many items, from wheelchair access to specialised toilets for disabled people. That was the first time the assurance of the rights of people with disabilities was set out in a concrete and practical way. Obviously, the community and public facilities had previously neglected a very large part of the people. During the recent years, the problems from the wheelchairs for people with disabilities getting on the planes and public vehicles have also mentioned. The improvements have been made but not enough.

Vietnam ratified the Convention on the Rights of the Persons with Disabilities in 2014.

Undeniably, the movement of supporting the poor has become a self-conscious activity in the whole society. Many people saidthat the movement is largely voluntary, contributing to ensuring social security. This understanding is not enough because the reality showed that the majority of people with disabilities are among poor groups. It is essential to classify the disabled people among the poor. The help for them should be realised as social responsibility not charity.

In recent years, the Party and State have always paid much attention to the care for people with disabilities. The Secretariat’s Directive No. 39-C /TW dated November 1, 2019,on the enhancement of the Party’s leadership in the work of people with disabilities have brought new awareness. The directive clearly noted that the work related to disabled people was considered the responsibility of agencies from the central to grassroots levels.

In addition, the relevant ministries and agencies should communicate and disseminate legal policies on people with disabilities to the Party committees and authorities at all levels and people from all strata.

The work related to people with disabilities has been institutionalised in legal documents, especially the Law on People with Disabilities and the United Nations Convention on the Rights of Persons with Disabilities. They have had greater opportunity to access policies on healthcare, education, vocational training and jobs as well as join various cultural, sporting, entertainment, tourism and travelling activities.

People with disabilities can absolutely claim for their interestsfrom agencies, organisations and enterprises that do not comply with the law. For example, a carrier refused to transport a person with disabilities as he requested a wheelchair. The story caused a lot of controversy on social networks. The matter proved that a part of people did not properly and fully understand the rights of people with disabilities. In many places, their rights have been “neglected”.