Taking care of older people and promoting their roles in society

This is the sixth year the Action Month for the Elderly has been held. With a different theme each year, the month focuses on pooling resources to care for the elderly, holding activities and contributing to improving their material and spiritual lives.

The Central Committee of the Vietnam Association of the Elderly (VAE) launched an Action Month for the Elderly 2020 in Hanoi on October 16.

Speaking at the ceremony, Deputy Prime Minister Vu Duc Dam affirmed that the Vietnamese Party and State always pay attention to and reserve resources for caring for the elderly.

Dam, who is Chairman of the National Committee for the Vietnamese Elderly, said that October was selected as the Action Month for the Elderly to remind society about providing care for senior citizens and upholding their role. 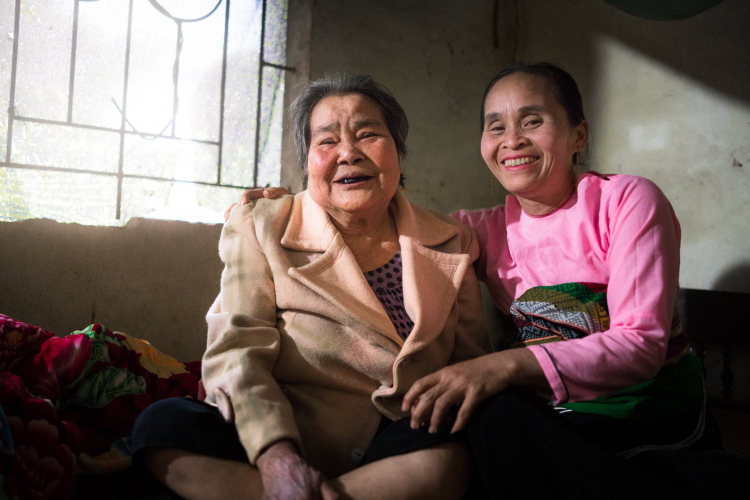 He attributed successes in the fight against COVID-19 to the efforts of the entire system and people from all walks of life, including the elderly.

Dam called for attention to healthcare for the elderly, as the Health Ministry’s figures show that 54 percent suffer from high blood pressure, 42 percent live with rheumatic disease and 20 percent with lung disease, and 18 percent have digestive disorders.

Apart from building hospitals and medical establishments for the elderly, he said the health sector is also providing remote health check-ups and amending and supplementing health insurance policies.

Vice Chairwoman of the National Committee for the Vietnamese Elderly and VAE Chairwoman Pham Thi Hai Chuyen said this is the sixth year the action month has been held.

With a different theme each year, the month focuses on pooling resources to care for the elderly, holding cultural-art-sports activities and contributing to improving their material and spiritual lives.

To date, 106 central and provincial-level hospitals have geriatric departments, with over 10,000 beds in total. Some 1.9 million elderly people have been provided with healthcare knowledge, while 96 percent have health insurance cards.

Most hospitals give priority to those aged above 80. Several localities, like Bac Ninh, Hung Yen, and Vinh Phuc, earmark local budget funds for the purchase of health insurance for those aged 60-80. 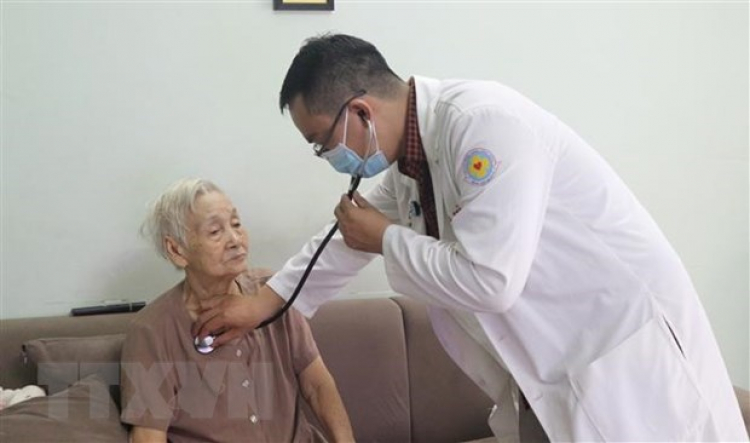 With this new Decision, the Government sets a target to effectively promote the ISHC model in order to maintain and continue the replication of the Clubs, encourage the participation of older people, as well as the Associations of the Elderly, all levels and branches of the government and communities in improving the quality of material and mental life for older people; health care, poverty reduction, contributing to building new countrysides and civilized cities and protecting the interests of older people. At the same time, the replication of the Club model will contribute to the implementation of the Government Action Program on population strategy in the new situation and the National Program of Action on Aging.

The Decision sets out specific targets for quantity and quality in the club model replication. In terms of quantity, the target is that by 2025, at least 95% of the provinces and municipalities in the country will have ISHCs in their communities; At least 3,000 new clubs will be built with 150,000 new members, of which more than 100,000 are older people.

The Decision also directs the focus of the replication efforts to remote and mountainous areas, regions with ethnic minorities and regions with difficult socio-economic conditions. In addition, it is necessary to maintain and improve the quality of operations and manage 100% of the ISHCs built in the period of 2016 - 2020 and the newly built Clubs. In terms of quality, the ISHCs should strive to ensure the composition of membership (each Club should have 50-70 members, of which 60% - 70% are women, 60% - 70% are older people, 30-40% are young people, priority is given to people with difficult circumstances).

At least 70% of the Clubs should be active in every fields and are well managed so that at least 50% of their members can get loans for income generating activities, all members are entitled to improvement of physical and mental health, raise awareness, knowledge and protect their rights; 100% of the Clubs should have a fund for income generating activities and an operational fund which is managed by the club themseves in accordance with the regulations.

The rapid growth in the number of ISHCs (nearly 3,000 in June 2020) shows that the model has met the needs and aspirations of the people in general and of older people in particular, is approved by the Association of the Elderly and is supported by local authorities.

The Government has decided to buy 21.9 million doses of Pfizer COVID-19 vaccine...