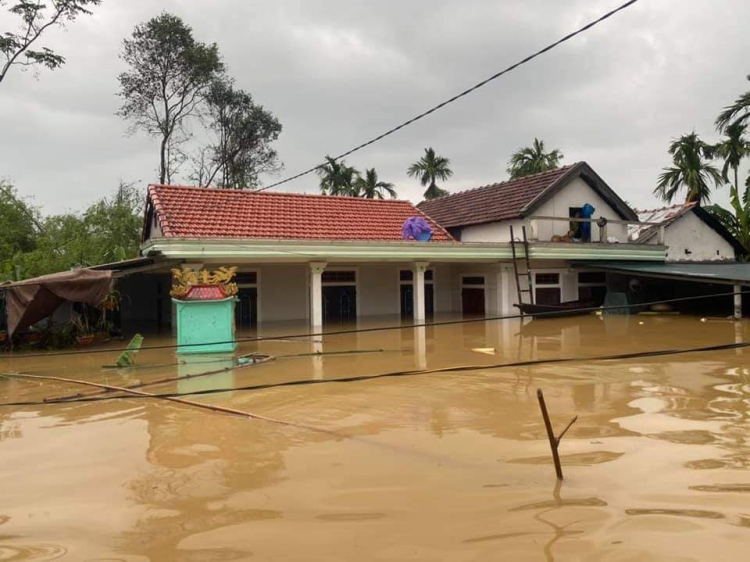 About 150,000 flood survivors in need of food aid over next 6 months. Source: Internet

According to the Office of the Central Steering Committee on Disaster Prevention and Control, recent torrential rain and floods have so far claimed 130 lives, and left 18 others missing.

Meanwhile, around 7 million people in affected areas are living in temporary shelters or in vulnerable structures or houses. Those whose homes were submerged in floodwater are not likely to return to normality for three or five weeks, reported the Disaster Risk Reduction Partnership (DRRP) at a meeting on October 26.

As the results, close to 150,000 flood survivors in central Vietnam will be in urgent need of food aid over the next five to six months, while 110,000 vulnerable people will require support to recover their livelihoods and agricultural production.

In this context, the Vietnam Red Cross Society (VRCS) Central Committee on October 26 launched a text message campaign to call for public support for flood victims in the central region.

The campaign, in collaboration with the National Humanitarian Portal 1400, will run until the end of December 21.
As severe floods triggered by widespread heavy rains have affected the life of millions of residents in the central region in the recent two weeks, the VRCS Central Committee has provided emergency relief worth nearly 5 billion VND to the five provinces of Ha Tinh, Quang Binh, Quang Tri, Thua Thien-Hue and Quang Nam, and sent delegations to support residents in hardest-hit localities.

Earlier on October 13, the VRCS Central Committee called on all of its chapters to join a fundraising campaign which takes place until December 12 in a bid to support flood victims in the central region.

Support plan for persons with disabilities showing the Party and State’s attention...

Vietnam youth participates in "Run for Zero Violence" against...

WVR - More than 450 people, including youth, joined the “Run for Zero Violence against...

Helvetas Vietnam is organizing a series of training courses for about 1,200 ethnic...