Blaming the victim helps us maintain a positive view of the world. It reinforces the notion that “bad things happen to bad people.” It overlooks the fact that perpetrators are at fault for inflicting pain and committing crimes. 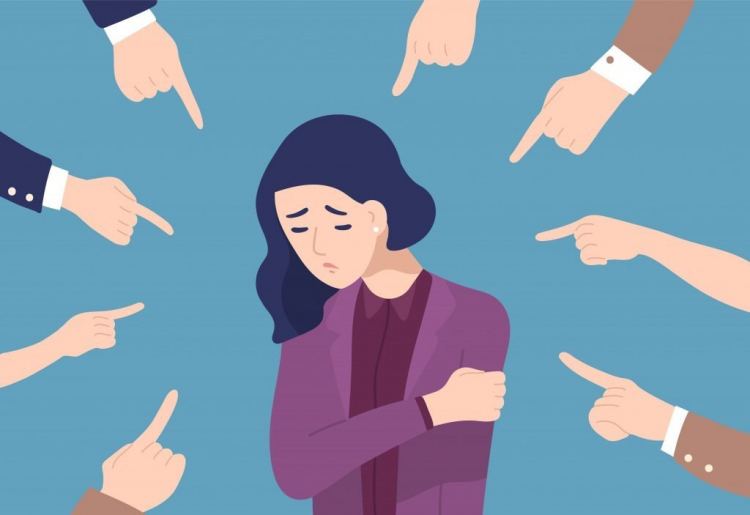 It’s important to understand our tendency to blame the victim. Learning more about why it happens can help you learn to recognize victim blaming when you see it — and it can help you stop blaming others or yourself, according to Verywell Mind.

Of course, there are many ways people either outright blame victims or subtly imply they must have provoked the predator (or not tried hard enough to make it stop).

Victim blaming is often seen in courtrooms where defense attorneys insist that victims are at fault. Victims are often blamed in the media as well.

Victim blaming occurs any time someone says or implies that a sexual assault was the victim’s fault. Sometimes, people do this to help themselves feel better.

They feel safer if they can imagine that the victims did something wrong. Then, they convince themselves that they may be able to protect themselves so that they won’t become a victim or that their loved ones are also less likely to be victimized.

We see this involving other crimes too, not just sexual assault. For example, if your neighbor’s house is burglarized, you might feel better if you learn that they had left the garage door unlocked or that they associated with some not-so-good people. It may help you continue believing that the world is safe and you aren’t likely to become the victim of a random crime.

Why Victims Blame Themselves

Victims sometimes blame themselves for the same reason others blame them; they want to believe the world is fair. Blaming themselves may also help them feel safer in some ways.

Sometimes it’s easier to convince yourself, “If I dress conservatively, this won’t happen to me ever again.” Or “If I didn’t drink so much, I would have been able to fend off my attacker.”

Such toxic self-blame, however, is unhealthy. And it can take a serious toll on an individual’s well-being.

If you’re a survivor of sexual assault, know that what happened to you is not your fault. So if other people blame you, or if you blame yourself, it can be helpful to get professional support.

Nghe An: Communication to raise public awareness about...

On December 1, in Vinh City, Nghe An province's Association of People with Disabilities,...