The programme has been thoroughly studied and structured, aiming to honour the spirit and sacrifice of female fighters who kept their faith with revolutionary ideals. 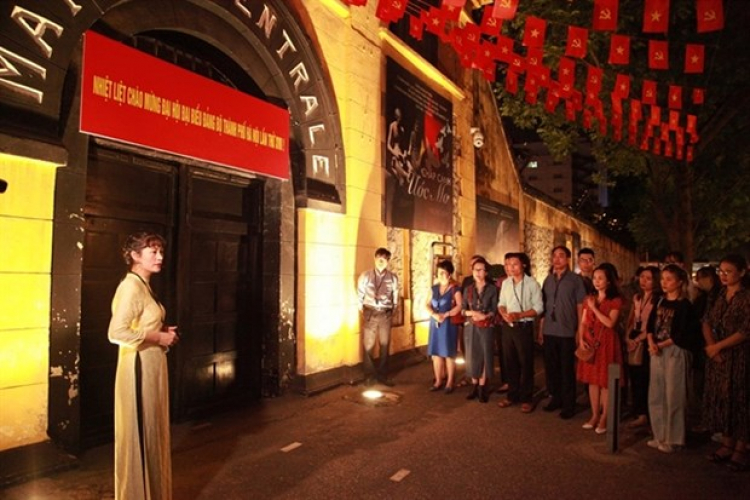 According to VNA, a new tour of exploring Hoa Lo Prison has been launched every weekend since October to honour female revolutionaries whose sacrifice contributed to the overall victory of the national revolution.

The programme is part of co-ordination between the management board of Hoa Lo Prison Relic and Hanoitourist Travel Company, and is held from 7pm every weekend night.

Sacred Night – Live Like A Flower is held at night so that visitors can experience horrifying imprisonment in the dark, the oppressive atmosphere of the cells and the persecution of the guards during the wars.

In such harsh conditions, the fighting spirit and noble sacrifices of the female fighters whose optimism outweighed the shackles were clear to see.

After being equipped with a digital tour guide device, tourists will embark on their exploration of Hoa Lo Prison, which used to be dubbed “Hell on Earth”, and learn about the terrible living conditions and touching life stories of the female prisoners who were detained there from 1930 to 1954. They will also be accompanied by a tour guide.

The first stop is the main gate, which represents the boundary between life and death, between shackles and desire for freedom.

The images of the mothers and sisters with perseverance and courage are revealed via vivid stories, memorabilia and archives, illustrated by lively scenes performed by the employees of the prison museum with the aid of modern light and sound technologies.

She was the owner of a rice shop at 20 Cua Nam street where Vietnamese patriots often gathered to discuss a poisoning plot (June 27, 1908) that aimed at the French colonial army garrison in the Citadel of Hanoi.

However, the plot failed. Ba was captured and kept in Hoa Lo Prison where the guards brutally tortured her for the information. In the end, she died from a severe beating and serious sickness, becoming a symbolic example of a Vietnamese female martyr. 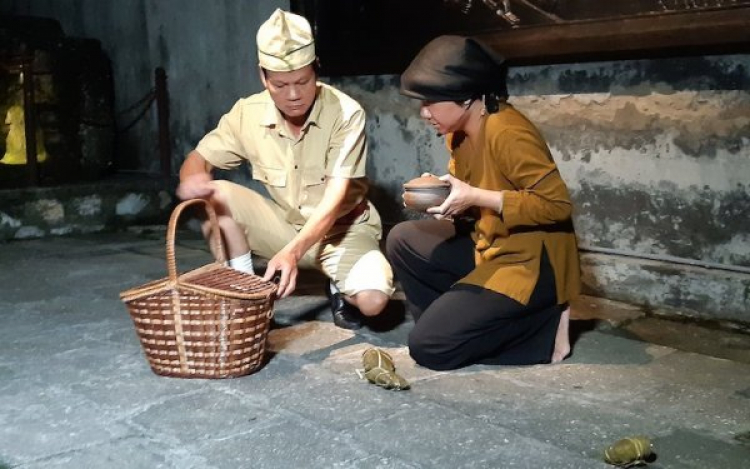 “This is the first time I have learned about the female prisoner’s life with harsh conditions, constant torture, diseases and basic shortages; however, they never lacked a firm will and positive spirit,” said Tran Minh Anh, a teacher from Hanoi. “The message from such experience is also simple: The previous generations have shed bones and blood to obtain the national independence and freedom. Today's generations, therefore, should look back to the past to appreciate the value of peace, to cherish human love, and to do better things for the future.”

The tour ends with a memorial ceremony held at the monument to pay tributes to fallen revolutionaries.

Visitors can also take home souvenirs made from the country-almond trees like dried almond inscribed with the logo of the prison, the dried leaf inscribed with poems of patriotic soldiers or a bookmark with the image of the main gate.

Hoa Lo Prison is a special historical relic of Hanoi, built by the French colonists in 1896 to imprison Vietnamese patriots. Called Maison Centrale, it used to be one of the biggest prisons of French colonialism in Indochina at that time.

From August 5, 1964, to March 31, 1973, part of the prison was used to capture American pilots who were shot down during bombing raids against North Vietnam. In this period, the prison was euphemistically called the “Hanoi Hilton” by the prisoners in detention. “Alumni” of Hoa Lo include Douglas Peter Peterson, who later became the first US Ambassador to Vietnam, and John McCain, the late US Senator.

In 1993, the Government retained a part of Hoa Lo Prison to transform into a historical relic. This part located in southeast of the prison was preserved, renovated and upgraded. Here, there is a memorial monument in dedication to the Vietnamese patriotic and revolutionary fighters.

Create a violence-free education environment together with teachers

Nghe An: Communication to raise public awareness about...

On December 1, in Vinh City, Nghe An province's Association of People with Disabilities,...