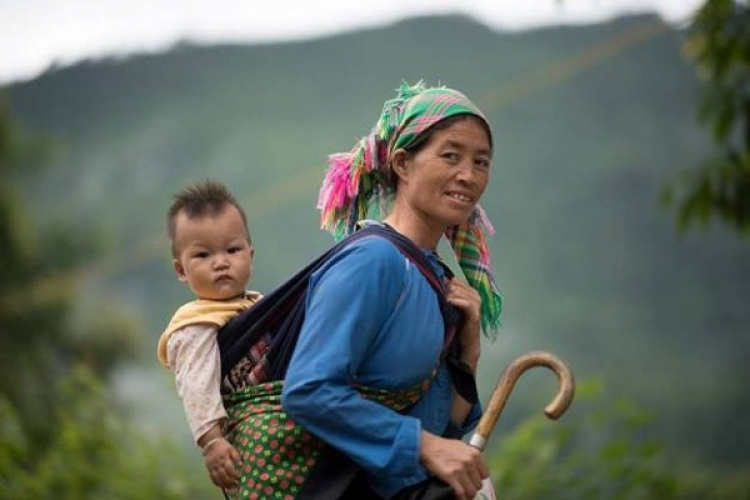 This is the goal of the United Nations Population Fund (UNFPA) project “Leaving no one behind: Innovative interventions to reduce maternal mortality in ethnic minority regions in Vietnam” which was virtually signed on Sep. 24 by Naomi Kitahara, UNFPA representative for Vietnam; Jennifer Cox, general director of Merck Sharp & Dohme – MSD HH Vietnam, a leading global biopharmaceutical company; and Dr. Mary-Ann Etiebet, MSD for Mothers Lead.

Vietnam has made significant progress in improving sexual and reproductive health of the general population in the past 20 years, and was one of the only six countries in the world, which achieved in 2015, the Millennium Development Goal - 5 (MDG5) on the reduction of maternal mortality.

However, disparities and inequalities remain in access to and utilization of sexual and reproductive health services among different ethnicities and regions. Current evidence shows that while the maternal mortality ratio has declined to 46 maternal deaths per 100,000 live births at the national level, it still remains as high as 100-150 per 100,000 live births in mountainous and ethnic minority regions, particularly in Northern Midlands and Mountains, and Central Highlands.

Among all maternal death cases, maternal mortality is extremely high in some vulnerable ethnic minority groups, for instance Hmong (60%) and Thai (17%). It is estimated that the risk of Hmong’s mothers dying from pregnancy or childbirth is 4 times higher than the Kinh people or Viet people, the most predominant ethnic of the population in Vietnam.

More than half of the maternal deaths are happening at district and provincial hospitals due to limited capacities of health care facilities to manage maternal complications. In addition, remote and hard-to-reach geographical locations, low socio-economic conditions, cultural barriers and a limited understanding of maternal complications are also contributing factors to high maternal mortality. 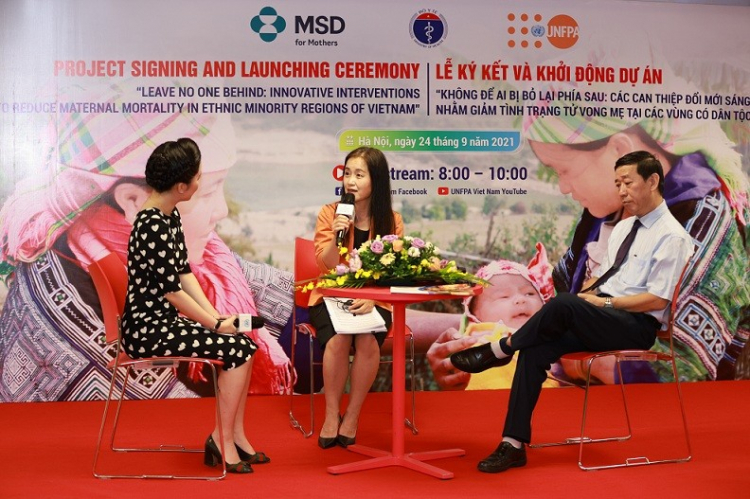 At the signing ceremony in Hanoi. Source: UNFPA Vietnam

Funded by MSD for Mothers and MSD Vietnam in the amount of US$ 1.2 million, the project is one of the most important initiatives to reduce maternal mortality among ethnic minorities in six provinces in Vietnam’s Northern Midlands and Mountains, and Central Highland regions through innovative interventions, paying close attention to special needs of ethnic minority women who are at risk of being left behind in the country’s sustainable development process.

UNFPA will collaborate with the Vietnamese Ministry of Health, provincial health departments in the selected provinces, and local civil society organizations in the period from Sep. 1, 2021 to Sep. 30, 2024.

In addition to financial contributions from MSD for Mothers and MSD Vietnam, UNFPA commits to making its own contributions to the project in the amount of US$ 810,000, thus leading to the total project budget of over US$ 2 million.

The project aims at increasing access to and utilization of integrated, quality and voluntary sexual and reproductive health services amongst ethnic minorities; improving the capacity on emergency obstetric care management in remote mountainous localities; and building a village-based birth attendant network in remote ethnic minority localities.

It will also integrate the Covid-19 prevention and control into the existing sexual and reproductive health programme. In light of digital transformation, innovative interventions also include the development and operation of tele-health, including internet-based smart phone Apps to improve the delivery of sexual and reproductive health services in ethnic minority localities. The Project will also deliver innovative health education and community mobilization to ethnic minority communities to promote safe maternal deliveries.

Speaking at the event, Kitahara stressed that the project constitutes another landmark step in UNFPA’s work to support women and girls, especially those in the remote areas with ethnic minority communities in Vietnam. 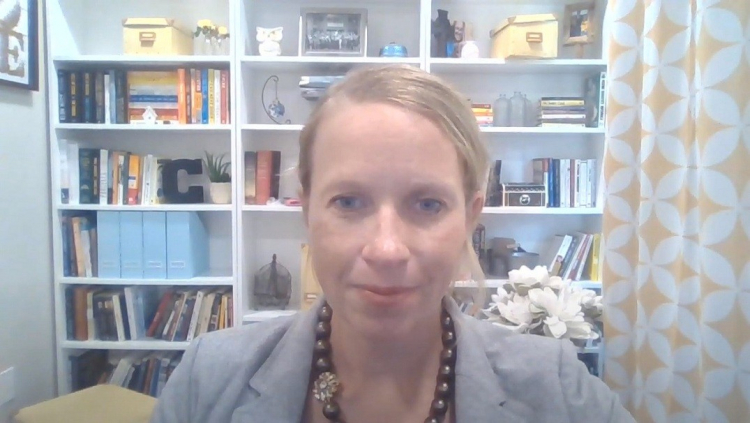 MSD HH Vietnam is proud to collaborate with the UNFPA in kicking-start this MSD for Mothers program 'Leave no one behind' investing in innovative interventions to reduce maternal mortality in ethnic minority regions of Vietnam, said Jennifer Cox, general director of MSD HH Vietnam.

Jennifer Cox, general director of MSD HH Vietnam believes this project will bring tangible benefits to women in Vietnam and set the foundation for communities and societies to thrive for generations to come.

Meanwhile, Nguyen Duc Vinh, director of the Maternal and Child Health Department under Health Ministry, confirmed the support of the ministry to the project, adding that to improve the health status of people who left behind including ethnic minorities is the centre of the government’s development agenda.

Lessons learned and best practices drawn from this initiative will help the ministry to effectively implement the national action plan on maternal, neonatal and child health for period 2021-2025 with vision towards 2030 to achieve SDG targets on health care, he shared.