US Sponsors Over USD 2.4 Million to Prevent Child Labor in Vietnam

Child labor exists in more and more sophisticated and unpredictable forms nowadays. In particular, the strong development of the technological revolution is increasing the risk of exploitation and abuse for children.

World Vision Vietnam reaffirmed its commitment to step up its efforts to tackle and eliminate child labour with a US-funded project - Against Child Exploitation (ACE). 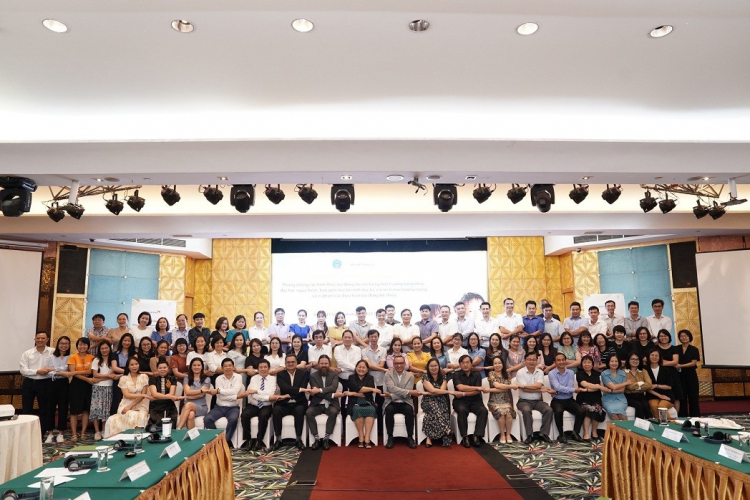 The kick-off ceremony welcomed the participation of delegates from Department of Child Affairs and related government agencies at provincial and district levels.

More than 100 delegates attended a launching workshop of the Against Child Exploitation project, held in Hanoi on August 18, including representatives from Department of Child Affairs and related government agencies at provincial and district levels in the project’s city/three provinces of Da Nang, Quang Nam, and Dien Bien.

Funded by the US's Department of Labour, the ACE project aims to strengthen the capacity of the Government of Viet Nam to address the Worst Forms of Child Labor (WFCL), including Online Sexual Exploitation of Children (OSEC) and violations of acceptable conditions of work.

Implemented in the Philippines since 2019 and bringing back positive results, Project ACE, with a total budget of more than USD 2.4 million in Vietnam, contributes to World Vision Vietnam's commitment to a happy and meaningful life for every child.

"We are thrilled that the project is expanding into Vietnam today," said Miles. "We are grateful to have World Vision, and its partners, as champions in support of the United States’ critical mission to combat child labor, forced labor, and human trafficking, especially Online Sexual Abuse and Exploitation of Children.

In the past few years, Vietnam has made significant advancements in the fight against child labour through developing a solid legal framework aligned with international labour standards and carrying out several programs and projects to counter child labour nationally and locally. 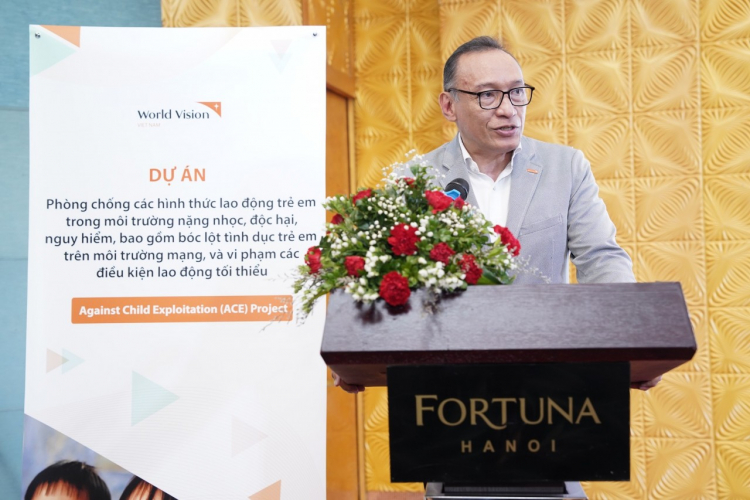 “The intensified risk of child labour requires the government and related stakeholders to make collective efforts, as individual sacrifice alone will not bring us to zero child labour goal,” said Doseba Tua Sinay, national director of World Vision Vietnam. “Immediate actions must be taken to provide timely support and interventions for children at risk of becoming engaged in child labour to uphold children's rights and ensure the fulfilled livesfor all children.”

In Vietnam, the project is expected to achieve positive results in child protection through integrated and holistic approaches, such as raising public awareness about child support services; training social workers and Child Protection Department officers in child protection; implementing models of support and counseling for children at local levels; and strengthening the monitoring and child protection system in local communities.

Starting in 2019, the ACE project has made significant achievements in the Philippines, contributing to the country’s efforts to address child labour. Vietnam has been selected as the second country to amplify the project impact.

According to Project ACE Director Daphne de Guzman Culana, project ACE in the Philippines has accomplished much with support and coordination with the national and regional levels of the Department of Labor and Employment (DOLE), as well as other government agencies and the local government units in priority areas.

"Project ACE, together with the DOLE, has trained hundreds of labor inspectors and personnel of the DOLE Child Labor Prevention and Elimination Program. Just recently, Project ACE has conducted a national summit of stakeholders that has resulted in a Joint Statement by government and private sector to address WFCL, including OSEC and violations of acceptable conditions of work," added Culana.

“Interventions made by the ACE project in Vietnam are adding a voice to the global call to end child labour and contributing to reaffirm Vietnam’s commitment towards the zero child labour goal,” Mangi added that guided by a community-based approach with a specific focus on local context and the cooperative spirit from concerned government agencies at provincial and district levels, World Vision hopes that the ACE project will bring lifechanging impact to the most vulnerable children, and towards a life in all its fullness.

Ministry requests prevention and control of violence and...

The Ministry of Labour, Invalids and Social Affairs has sent an official document...

Vietnam's confidence in performing its mandate at UN Human...

WVR - On October 12, on the occasion of Vietnam's election to the United Nations...