Vietnam, one of the most rapidly aging countries in the world, has emphasized the importance of adapting to population aging, providing necessary health care for the elderly, and encouraging the development of health care facilities to meet the needs of older persons.

On November 23, the Vietnam Association of the Elderly (VAE) organized a visit to the Intergenerational Self Help Club of Khuong Dinh ward, Thanh Xuan district, Hanoi. Joining the delegation were the Chairwoman of the VAE Pham Thi Hai Chuyen, representatives from the various committees of the VAE, representatives from the Association of the Elderly of Hanoi city and older people from the districts of Hoang Mai, Dong Da, Cau Giay...

Dao Thi Hoa, Chairwoman of the Club said that thanks to the active support of the VAE and local government, the technical assistance of HelpAge International in Vietnam within the framework of VIE070 Project, sponsored by the Korean International Cooperation Agency (KOICA) through HelpAge Korea, and the enthusiasm of the members, the club is now operating with great stability and effectiveness. This is the first club of this model in the district and can be confirmed as the most effective, practical and suitable model for older people currently.

Speaking to the club, the Chairwoman of the VAE Pham Thi Hai Chuyen welcomed the club's initial achievements; highly appreciated the enthusiasm of the club management board as well as its members.

She expressed the hope that each member of the club will actively participate in promoting the role of older people in their own family and community, so that every older person can lead a happy and healthy life, support their children and continue to contribute to society.

The Chairwoman was also announced that the Intergenerational Self Help Club model has been recognized and appreciated by the Government and the Prime Minister and will continue to be replicated through Decision No. 1336/QD-TTg signed on 31/08/2020. 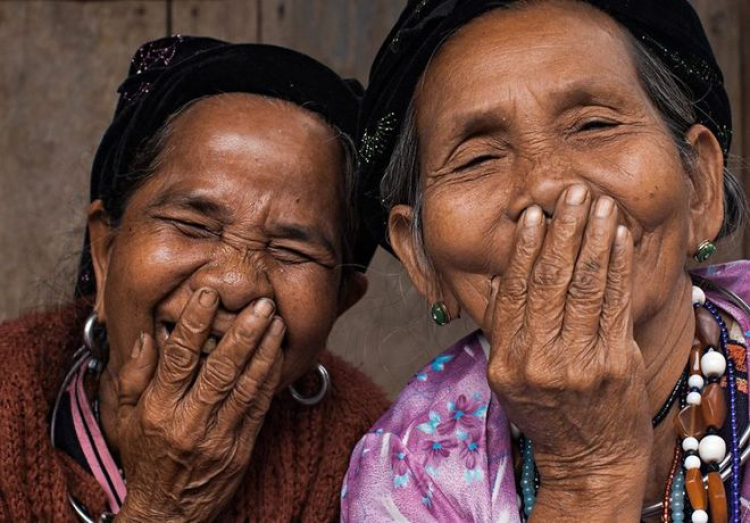 The community-based care for older persons (OP) has been identified by domestic and international experts and organizations as a suitable direction given the economic, social and cultural conditions of the ASEAN region. The ISHC model is a typical representative of the above approach. On one hand, the clubs help to reduce the barriers that OP may encounter in order to continue living happily and healthy in their own house and community.

On the other hand, the clubs create a safe and encouraging environment to promote OP's knowledge and responsibility. In particular, not only OP, but also their family, their community - those-who-will-become-OP-one-day can also benefit from the club. The model helps raise awareness on ageing issues and the life-cycle approach, asssisting each individual in preparing for old age.

In 2016 and 2020, the Prime Minister of Vietnam has twice approved the decision to replicate the model nationwide, aiming to have at least 6,000 clubs by 2025 in 90% of provinces/cities.

Vietnam, one of the most rapidly aging countries in the world, is estimated to see more than 22 million older persons or 20.4% of the total population by 2050. Currently, the number of older persons is 7.4 million, accounting for 7.7% of the total population, according to statistics reported at an international workshop held on November 18-19 in Hanoi.

The country has officially entered the “aging phase” since 2011 with the number of older persons (at age of 65 years or over) making up 7% of the population.