On the occasion of the International Women's Day (March 8), Vietnam's Level-2 Field Hospital No. 3 in South Sudan organised activities to raise awareness of health care and daily gynecological hygiene for local women.

Vietnam's Level-2 Field Hospital No. 3 which is performing duties at the UN Peacekeeping Mission in South Sudan has organised activities to raise awareness of health care and daily gynecological hygiene for local women on the occasion of the International Women's Day (March 8). 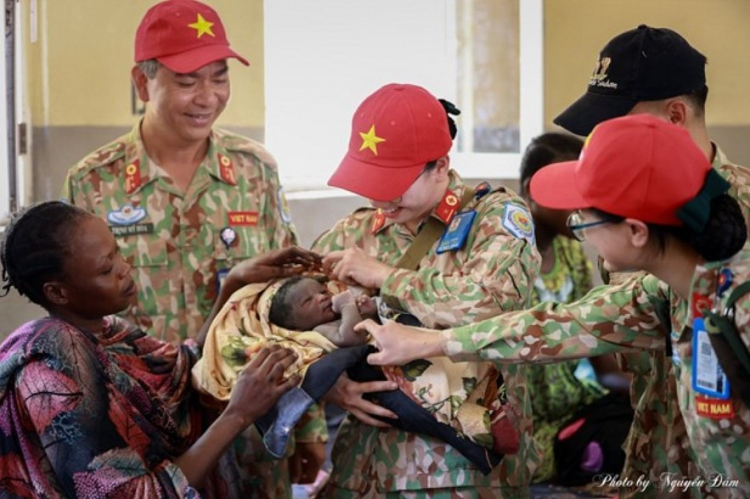 According to Vietnam Plus, the programme was accompanied by medical staff of the Mongolian mission who joined in providing medical check-ups and medicines.

According to Dr. Tong Van Anh, head of the women's group of the hospital, many South Sudanese women do not understand the importance of hygiene for women's reproductive health, and to prevent gynecological diseases. They also lack knowledge about feminine hygiene, she added. She expressed her hope that after the event, local women will be more aware and concerned about their own health, especially reproductive health. 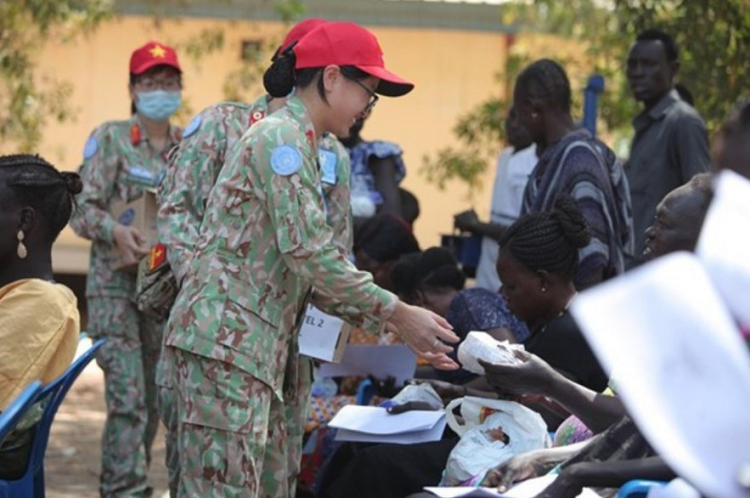 Vietnamese female doctors and nurses give many gifts to South Sudanese women, along with thoughtful advice. (Photo: the Level-2 Field Hospital No. 3)

As Public Security News reported, other Vietnamese female doctors and nurses also gave many gifts to South Sudanese women, along with thoughtful advice. The program has contributed to building a beautiful image of Vietnamese people in the eyes of international friends, and bringing a better life to the indigenous people, especially women. 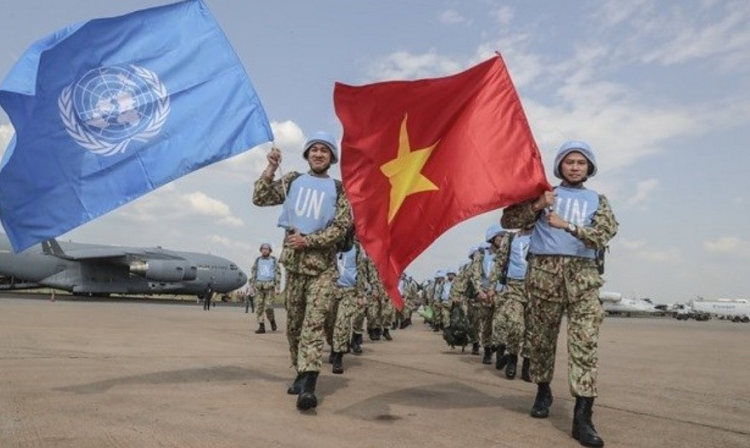 Peacekeepers hold flags of Vietnam and the UN before leaving for the UN Mission in South Sudan (Photo: VNA) 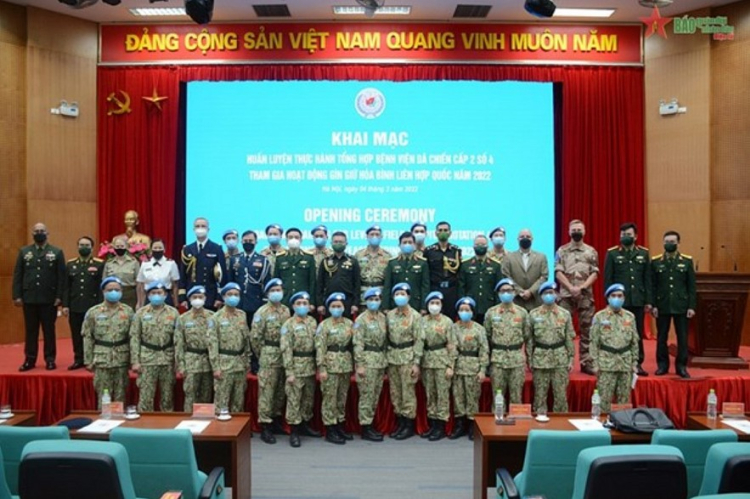 Participants in the opening ceremony of practical training for Level-2 Field Hospital No. 4 on March 4 (Photo: qdnd.vn)

Vietnam’s National Assembly adopted a resolution on Participation in UN Peacekeeping Missions demonstrating that Vietnam is a responsible member of the international community and is committed to UN peacekeeping activities.

Vietnam’s active participation in UN peacekeeping operations embodies the Party and State’s foreign policy of multilateralisation and diversification of external relations, independence, self-reliance, and respect for the UN’s goals and principles, thereby contributing to the building of sustainable peace.

The United Nations Under-Secretary-General for Peace Operations, Jean-Pierre Lacroix, on February 21 thanked Vietnam for its strong support as well as personnel contributions to UN peacekeeping operations.

He noted that Vietnam has sent personnel to the UN peacekeeping forces since 2014 and continually made active contributions in this regard. It deployed a Level-2 field hospital to the UN Mission in South Sudan (UNMISS) for the first time in October 2018. So far, it has sent 75 officers, including 16 females, to the peacekeeping force, ranking 62nd among the UN member states.

Maj. Gen. Nguyen Truong Giang, Deputy Director of the Vietnam Military Medical University, noted practical training is necessary for assessing the field hospital’s capacity, adding that this is a good chance for its staff members to learn from foreign lecturers and experts’ experience so as to fully gear up for the coming duties.

Meanwhile, the Director of the hospital Lt. Col. Vu Minh Duong pledged all-around preparations will be made to complete the training course with the best possible results.

Vietnam Thanks Poland for Helping Evacuate Vietnamese Citizens from Ukraine

Since its election by the 14th National Assembly in April 2021, the Government has...