The new report by the International Labour Organization (ILO) demonstrates that women’s equal workforce participation is good for business. 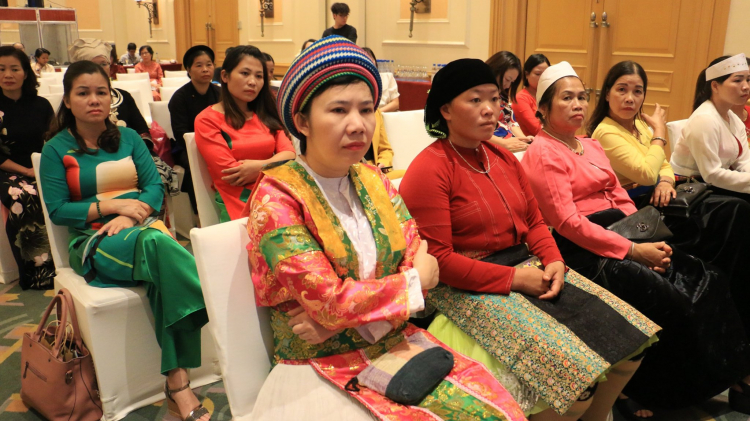 The new ILO report highlights the business case of gender diversity but notes that enterprises need to reach a critical mass of women in top positions in order to reap its benefits. Illustrative image: Internet

The country brief entitled “Leading to Success: The business case for women in business and management in Vietnam”  emphasized that women are good for business. Gender diversity is a smart business strategy as it goes with higher profitability and productivity, increased ability to retain talent, and greater creativity.

The ILO report was launched in Hanoi on November 17 at the workshop on “Workplace gender equality – Enhancing sustainable values”. The event was co-organized by the Vietnam Chamber of Commerce and Industry (VCCI), Vietnam Business Coalition for Women’s Empowerment (VBCWE), the Investing in Women project and the ILO.

“The good news is, women in Vietnam are increasingly well-prepared for decision-making roles in businesses. The talent pool continues to expand,” said ILO Vietnam Labour Economist, Valentina Barcucci. “Out of the total women who are active on the labour market, 10 per cent have completed tertiary education, while the share for young men is 5 per cent. The share of women in STEM (Science, Technology, Engineering and Mathematics) is currently 37 per cent, and growing.”

However, while enterprises need to reach a critical mass of women in top positions in order to reap the benefits of gender diversity, the study showed that women’s career progression in Vietnam, remains impacted by gender bias. Women are under-represented in management positions and the situation becomes more prevalent at the highest levels of management, which is known as “leaky pipeline”.

Of the enterprises surveyed in Vietnam, 63 per cent indicated that women were present at the supervisory management level, 73 per cent confirmed that they had women as middle managers but only 15 per cent answered that women held top executive positions.

“Gender biases in the mind-sets of managers can be barriers for women to advancing into leadership positions," said Barcucci.

“The results of the study point at some degree of bias. Fifty-four per cent of respondents agreed that women with equal skills and qualifications to men face greater difficulties reaching top management positions,” added Barcucci. “Gender biases in the mind-sets of managers can be barriers for women to advancing into leadership positions.”

In addition, the fact that women on average spend twice as many hours as men per week in unpaid household work while their working hours outside the home are similar to those of men makes it difficult for them to pursue a career.