Attending the United Nations Security Council (UNSC)’s video teleconference on October 6, Ambassador Dang Dinh Quy, head of the Vietnamese mission to the United Nations concerned about the instability in the Democratic Republic of the Congo (DR Congo)’s eastern region, which has been plagued by escalating conflict and worsening COVID-19 transmission, Ebola and other diseases. 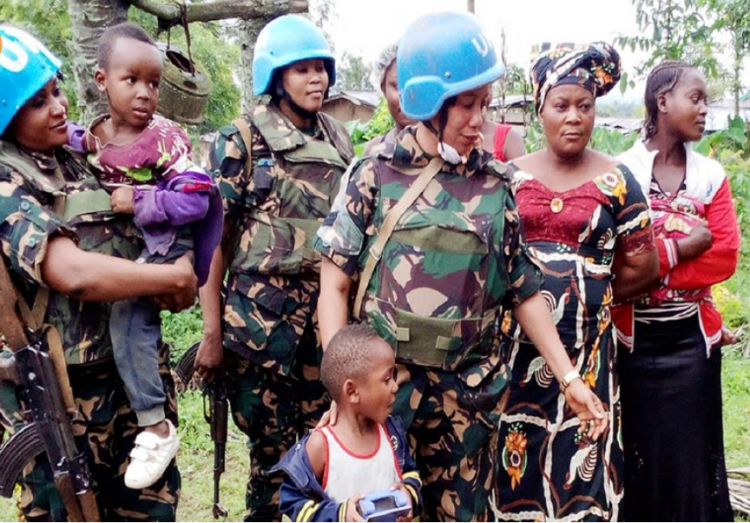 He voiced his concern over the instability in the country’s eastern region, which has been plagued by violence stretching over decades, challenges to humanitarian situation as well as critical impacts of the COVID-19 pandemic, Ebola and other diseases in the country.

The Vietnamese diplomat spoke highly of international support and regional collaboration, and affirmed the African Union and other sub-regional organisations have made important contribution to maintaining peace and stability in the DR Congo.

At the conference, Leila Zerrougui, head of the UN’s Stabilisation Mission in the DR Congo (MONUSCO), urged Council members to continue to support its efforts to help the Congolese government and people maintain the gains made since its establishment in 2010.

Discussing the political situation, she said that in the peaceful transfer of power that following the 2018 elections, the political class accepts – “and even appreciates” – the opportunities offered by the ruling coalition between the Cap pour le Changement (CACH) and the Front Commun pour le Congo (FCC).

However, in addition to persistent tension between coalition members, there is a risk that politicking and positioning ahead of elections in 2023 will overshadow the governance reforms and stabilization measures that the DR Congo needs, she said.

“The current political dispensation remains fragile and could yet unravel,” she said.  “At the same time, it has the potential to sustain and advance the gains which have already been made – should all actors work towards this goal.”

Security has been stabilised in most of the Congolese territory; however, rebels maintained their grip in the eastern part, she said, violence in North Kivu, South Kivu and Ituri provinces has adversely affected local livelihoods.

The nation also faced huge socio-economic and humanitarian challenges, with an estimated 25.6 million people in need of humanitarian assistance. The significant number of vulnerable Congolese is due to a combination of factors, including Ebola outbreak in the western region and COVID-19 pandemic. On the future of MONUSCO, she said that the Council will soon be presented with a joint strategy for its progressive and phased drawdown, with President Félix Tshisekedi requesting a progressive transfer of tasks from the Mission to the Government.

She said that the Government agrees that in the coming years, MONUSCO will gradually consolidate its footprint in the three Congolese provinces – North Kivu, South Kivu and Ituri - where conflict persists, while also pursuing its good offices work and institutional strengthening at the national level.

Meanwhile, she added, MONUSCO should be able to withdraw “relatively soon” from the Kasai region, while an improved security situation should enable the Mission to scale back its military presence there in Tanganyika.

She went on to say that MONUSCO remains focused on improving the implementation of its protection-of-civilians mandate – including by deploying new technologies such as unarmed drones – alongside working with local communities and civil society to promote reconciliation and monitor human rights.

She also appealed to the Council to support MONUSCO’s efforts to foster a community-based approach to the reintegration of ex-combatants in the east of the country.

The UNSC member states laid stress on the necessity to handle the roots of conflicts as well as enhance cooperation to settle instability in the eastern region.

The MONUSCO was established in 1999 to support the DR Congo in maintaining peace and stability.