Some people identify as one gender their whole life. For others, it’s a lot more dynamic, and their gender identity shifts over time. These people might refer to themselves as “gender-fluid,” which means their gender can change. Gender fluid is one of the terms people may use to describe their gender. It’s not to be confused with “non-binary,” but it does fall under the non-binary blanket.

The term is being used more frequently these days as society becomes more inclusive, and more people believe that a person's gender identity can be something other than the conventional gender archetypes of male and female.

How is ‘gender-fluid’ defined?

Gender-fluid people are people whose gender changes over time. A gender-fluid person might identify as a woman one day and a man the next.

They might also identify as agender, bigender, or another nonbinary identity.

Some gender-fluid people feel that the changes in their identity are extreme, while others might feel that they’re arbitrary.

Their gender might change quickly — in a matter of hours — or slowly, over months or even years.

When they realize their gender identity has changed, they might or might not change their gender expression — how they dress and present themselves, for example — and their pronouns.

For many gender-fluid people, it’s an internal shift they might not want to express outwardly.

Is it the same thing as being genderqueer?

There’s a little controversy when it comes to the definition of genderqueer. Generally, genderqueer people don’t identify exclusively as male or female, or their experiences of gender are “queer” — that is, not conforming to the mainstream.

That said, you can be both genderqueer and gender-fluid. 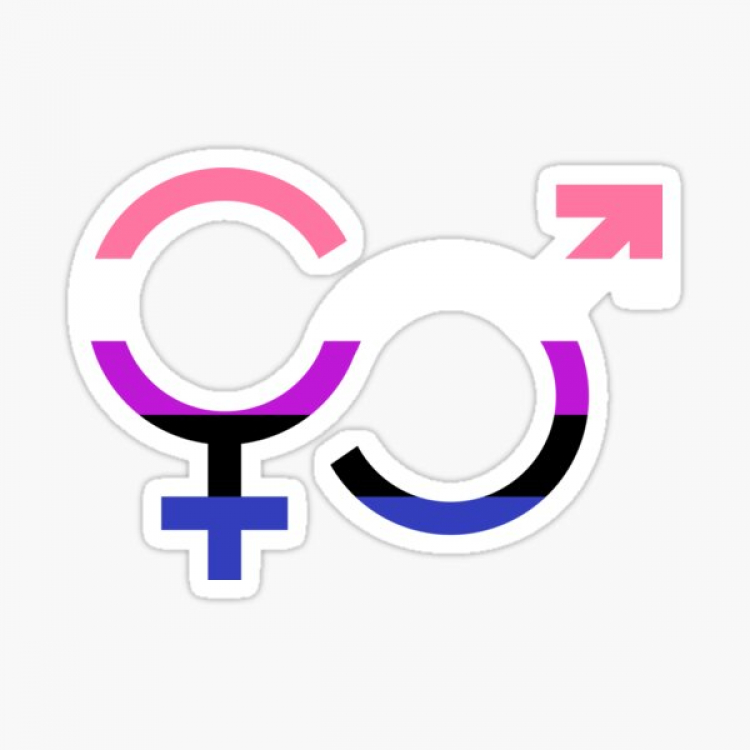 What about being nonbinary — is that the same as being gender-fluid?

However, many nonbinary people don’t feel like their gender changes over time, and thus, those people aren’t gender-fluid.

Along with gender-fluid, nonbinary people might be one or more of the following:

Bear in mind that this isn’t a complete list. There are hundreds of words out there that people can use to describe their gender. Those are just some of the most commonly used terms.

Because gender fluidity typically involves shifts or changes in gender, different pronouns may be used, depending on how the person views their gender at that moment in time. Many—but not all—gender fluid people use “they” instead of “he” or “she.” Others prefer “zie” or “Mx.” If you’re not sure, just ask.

"People whose gender is not male or female use many different terms to describe themselves, with nonbinary being one of the most common," states the US Center for Transgender Equality on the organization's website. "Other terms include genderqueer, agender, bigender, and more. None of these terms mean exactly the same thing—but all speak to an experience of gender that is not simply male or female."

How do you know which term best describes your experience?

The sex assigned at birth may not be a choice — but the labels you choose to describe yourself are totally up to you.

You get to decide which terms describe you the best. And, if you’d like, you don’t have to put a label on it at all!

One hard thing about figuring out your gender is that gender means different things to different people.

On the one hand, this is great: It means you get to define how you express your gender. On the other hand, it’s hard to know exactly whether one term will suit you.